Feb 27, 2019 11:56 AM PHT
Agence France-Presse
Facebook Twitter Copy URL
Copied
With his familiar use of capital letters for emphasis, Trump tweets the opportunities for a denuclearized North Korea are 'like almost none other in history' 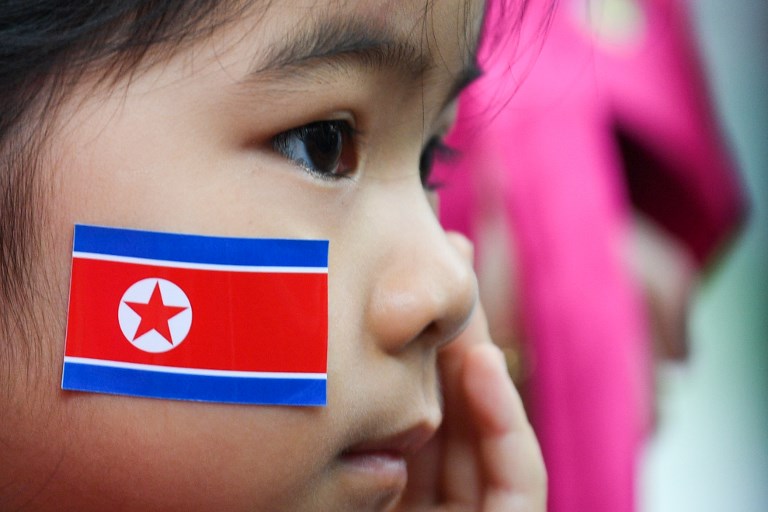 HANOI, Vietnam – US President Donald Trump on Wednesday, February 27, touted an “AWESOME” future for North Korea ahead of a high-stakes dinner with its leader Kim Jong-un if his “friend” agrees to give up his nuclear arsenal.

The Trump tweet, sporting his familiar use of capital letters for emphasis, said the opportunities for a denuclearized North Korea were “like almost none other in history”.

Trump and Kim are due to meet for one-on-one talks, then dinner, in the Vietnamese capital Hanoi, followed by more talks Thursday, February 28.

He described Kim as “my friend,” a far cry from when the two leaders were slinging personal insults and threats of destruction at each other at the height of tensions over the North’s weapons programs.

Trump also lashed out at his domestic opponents for their criticism of his engagement with the isolated regime.

“The Democrats should stop talking about what I should do with North Korea and ask themselves instead why they didn’t do ‘it’ during eight years of the Obama Administration?” said Trump, referring to his predecessor in the White House.

The two days of talks aim to put some flesh on the bones of a vague declaration issued after their first historic meeting in June in Singapore.

Then, Kim committed to work “towards complete denuclearization of the Korean peninsula”, but diplomatic progress has since stalled due to disagreements over what that means.

Trump has appeared to lower US expectations for the summit, saying that he would be happy if Pyongyang’s pause in nuclear and missile testing continued.

The president is believed to be considering dangling relief from tough international sanctions. Opening of diplomatic liaison offices is another possible US concession.

In return, Washington hopes to get Kim to dismantle the key nuclear facility at Yongbyon, allow in international inspectors, or even hand over a full list of all the country’s nuclear assets – something the North Koreans have categorically refused to do. – Rappler.com