Trump ex-lawyer has no proof of Russia collusion but ‘suspicions’ 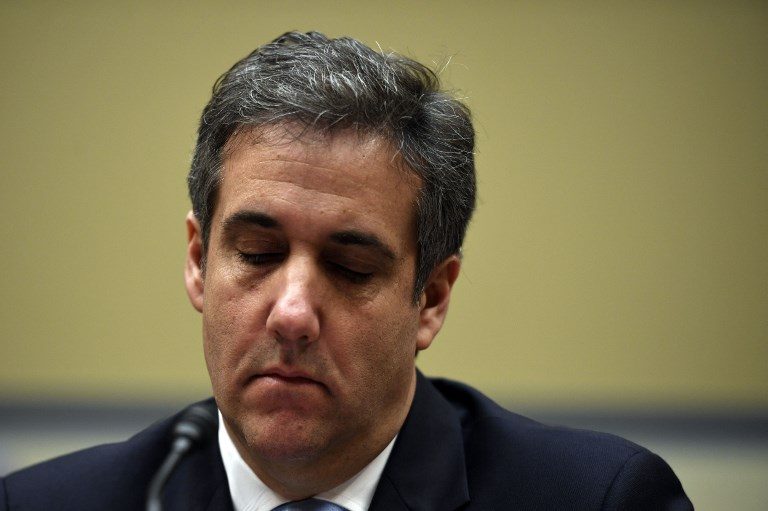 WASHINGTON DC, USA – Michael Cohen told Congress Wednesday, February 27, he had no direct evidence that Trump coordinated with Russia during the 2016 presidential campaign, but spoke of his “suspicions” that his former boss was involved in collusion.

Delivering uncomfortably blunt testimony about his decade-long professional relationship with Trump, the disgraced lawyer provided examples of how Trump or his family had dealings with Moscow or with Russian figures during the heat of the 2016 campaign.

“Questions have been raised about whether I know of direct evidence that Mr. Trump or his campaign colluded with Russia,” Cohen told the House Oversight and Reform Committee.

“I do not, I want to be clear. But I have my suspicions.”

Cohen, who is about to go to jail for 3 years after admitting financial crimes and lying to Congress, said he believes Trump had advance knowledge of a June 2016 meeting between campaign members, including his son, and Russians peddling “dirt” on election rival Hillary Clinton.

Shortly before that meeting in Trump Tower in New York, Cohen told lawmakers he heard Donald Trump Jr tell his father that “the meeting is all set” and that Trump responded: “Okay good… let me know.”

Cohen also said the then-candidate “knew of and directed” negotiations for a Trump Tower in Moscow through the campaign even while denying any business ties with the Russians, and then telling Cohen to lie about it.

Trump himself “lied about it because he stood to make hundreds of millions of dollars on the Moscow real estate project.”

A day earlier Cohen provided closed-door testimony to the Senate Intelligence Committee, where he was likely to have been grilled in private about what he knows regarding the Trump campaign’s ties to Russia.

Cohen says he has been interviewed 7 times by special counsel Robert Mueller, who is conducting a sprawling investigation into Russian interference in the election, and possible collusion with the Trump campaign. – Rappler.com