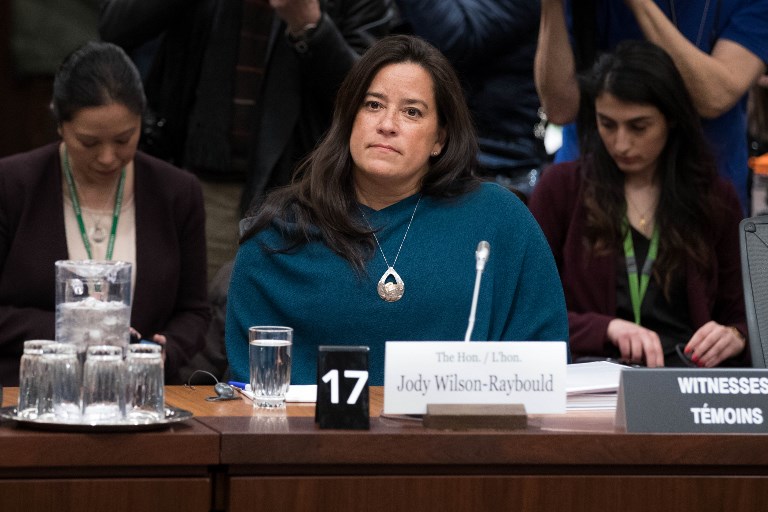 What are the accusations ?

Jody Wilson-Raybould testified at the House of Commons Justice Committee that Trudeau, one of his ministers and close advisors applied “inappropriate” pressure on her, including “veiled threats” to intervene in a criminal prosecution.

She said that from September to December 2018 officials “hounded” her to ask prosecutors to settle the case out of court. The company was charged in 2015 with corruption for allegedly bribing officials in Libya between 2001 and 2011 to secure government contracts during former strongman Moamer Kadhafi’s reign.

Wilson-Raybould refused, and the trial is set to proceed.

The allegations were first reported by The Globe and Mail newspaper, citing unnamed sources, and were confirmed Wednesday, February 27, by Wilson-Raybould herself while testifying at the justice committee.

Why help out SNC-Lavalin?

The Montreal-based construction and engineering company is one of the world’s largest.

It heavily lobbied the government, including senior officials in Trudeau’s office, for an out-of-court settlement that would include paying a fine and agreeing to put in place compliance measures.

It has argued that those responsible for alleged wrongdoing left the company long ago, and that holding it accountable for their criminal actions would severely hurt its business. A guilty verdict would notably result in a 10-year ban on bidding on Canadian government contracts.

There were suggestions in the press that it might also move its headquarters to London if that happened.

Trudeau said he “completely disagrees” with his former attorney general’s characterization of events, insisting that he and his team were rightly looking to safeguard up to 9,000 Canadian jobs, including in his own Quebec electoral district – which Wilson-Raybould referred to as improper “partisan political considerations.”

He has insisted that he made clear to his former attorney general that the “decision around SNC-Lavalin was Wilson-Raybould’s and hers alone to make.”

The attorney general and justice minister are conjoined positions in Canada, which critics say blurs their separate responsibilities – the former is the country’s top prosecutor and independent from the political, partisan role of a cabinet minister.

Wilson-Raybould suggested they should be split.

What are the political consequences for Trudeau ?

The Globe and Mail newspaper unleashed a major political controversy when it reported on February 7 that Trudeau’s office attempted to pressure Wilson-Raybould to intervene in the case – months from the next election.

“I think if the Liberals had not replaced Ms Wilson-Raybould in January as attorney general, we might never have heard about any of this,” said Daniel Beland, a politics professor at McGill University in Montreal.

The accusations weigh all the more heavily on Trudeau because he has repeatedly affirmed the independence of Canada’s judiciary, notably in the case of Meng Wanzhou, a senior executive of Chinese telecommunications firm Huawei who was arrested in Vancouver on a US warrant and faces possible extradition.

The opposition Conservatives have seized on the controversy to call for Trudeau’s resignation and a federal police investigation into the matter.

“Trudeau’s image,” said Beland, “has been tarnished. This is a prime minister who boasted about being a feminist and a strong advocate of reconciliation with indigenous peoples, so this has created dissonance damaging to him.”

A poll taken since the scandal erupted put the opposition Conservatives in the lead ahead of the ruling Liberals, for the first time since Trudeau came to power in 2015. – Rappler.com