Mar 1, 2019 1:58 PM PHT
Agence France-Presse
Facebook Twitter Copy URL
Copied
In a statement posted on its website in both Korean and English, the group announces itself as a provisional government for the North called 'Free Joseon' 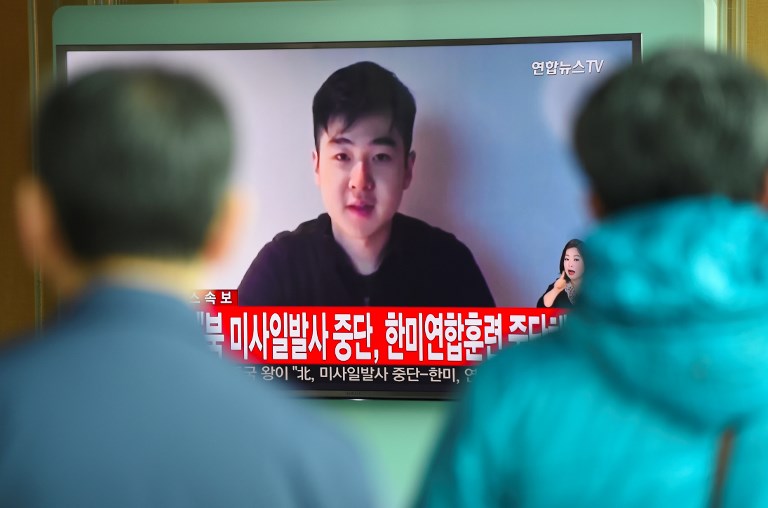 SEOUL, South Korea – A shadowy group believed to be protecting the son of North Korean leader Kim Jong Un’s assassinated brother declared the formation of a government-in-exile on Friday, March 1, dedicating itself to the abolition of the “great evil.”

The Cheollima Civil Defense (CCD) organization – which offers to assist people attempting to defect from North Korea – emerged in 2017 when it posted an online video of Kim Han-sol, saying it had guaranteed his safety after his father was killed by two women who smeared him with nerve agent.

In a lengthy statement posted on its website in both Korean and English on Friday – the 100th anniversary of a Korean movement against Japanese colonial rule – the group announced itself as a provisional government for the North called “Free Joseon.”

Joseon is an old name for Korea.

“We dedicate ourselves completely to the abolition of this great evil, a stain on the very soul of humanity,” it said in a statement, saying it will continue its campaign until “the day that light is truly restored to Pyongyang”.

It claimed to be “the sole legitimate representative of the Korean people of the north”, adding: “Joseon must and shall be free. Arise! Arise, ye who refuse to be slaves!”

The group posted a video of a woman — dressed in an old-fashioned black and white hanbok and her face blurred or only showing her back — reading out the statement in front of a traditional Korean pavilion in a field.

Little is known about CCD and it is unclear who is behind the organisation – although some have speculated it has links to South Korea’s spy agency.

It is named after a mythical winged horse.

CCD uses South Korean transliteration for its name, while some of the Korean text on its website reads as if it could have been a translation from English.

In the past the group has said it responded to urgent requests for protection from “compatriots” and has thanked countries including the Netherlands, China and the United States for their help. – Rappler.com