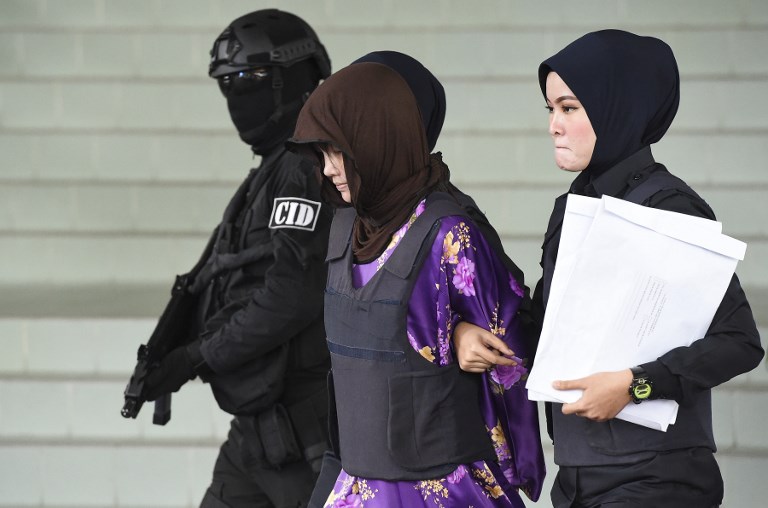 KUALA LUMPUR, Malaysia – A Vietnamese woman accused of murdering the half-brother of North Korea’s leader will testify in court for the first time next week, when the long-running trial over the Cold War-style hit resumes, her lawyer said Tuesday, March 5.

In a brazen killing that shocked the world, Doan Thi Huong from Vietnam and Siti Aisyah from Indonesia are accused of assassinating Kim Jong-nam by smearing VX nerve agent on his face at Kuala Lumpur airport in February 2017.

The women have denied murder, saying they believed they were taking part in a prank and were tricked by North Korean agents.

Salim Bashir, one of Huong’s lawyers, said she will testify on Monday, March 11, when the trial resumes with the defense stage of proceedings after a break of several months.

“Huong is in good health, confident and is ready to take the stand,” he told Agence France-Presse, adding that the thrust of the defense remained that the women were tricked into carrying out the killing.

“Huong had no… intention to commit murder.“

The pair have been on trial since October 2017 but proceedings have been hit by repeated delays, and Aisyah’s defense – which was originally due to start last year – is currently on hold due to a row over witness statements.

Prosecutors presented their case in the first stage of the trial, with witnesses describing how the victim – the estranged relative of Kim Jong-un and once seen as heir apparent to the North Korean leadership – died in agony shortly after being attacked.

In August, a judge ruled there was sufficient evidence the suspects had engaged in a “well-planned conspiracy” with 4 North Koreans to murder Kim, and ordered that the trial continue to the defense stage.

The 4, who are accused of having recruited the pair and being the masterminds of the plot, are also formally accused over the killing. They fled the country shortly after the murder.

South Korea has accused the North of ordering the hit, which Pyongyang denies.

A murder conviction carries a mandatory penalty of death in Malaysia. The government has vowed to abolish capital punishment for all crimes, although parliament still needs to vote on changing the law. – Rappler.com