Mar 15, 2019 8:49 PM PHT
Agence France-Presse
Facebook Twitter Copy URL
Copied
(UPDATED) The final ministerial statement – issued on a day of youth protests against climate change – makes only two references to man-made global warming and none to the fossil fuels that drive it 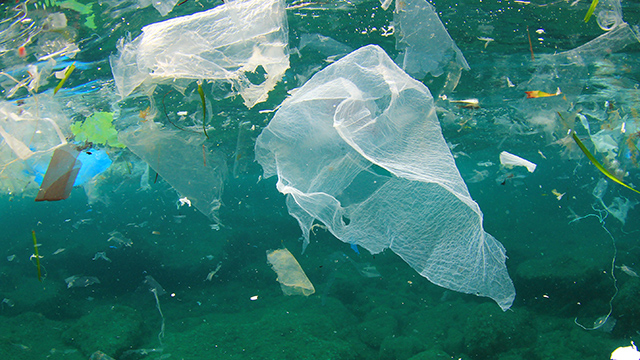 After marathon talks in Nairobi, countries appeared to have reached a deal over throwaway plastic items such as bags, cups and cutlery to reduce the more than 8 million tonnes of plastics entering oceans each year.

The final ministerial statement – issued on a day of youth protests against climate change – made only two references to man-made global warming and none to the fossil fuels that drive it.

It said countries would “address the damage to our ecosystems caused by the unsustainable use and disposal of plastic products, including by significantly reducing single-use plastic products by 2030.”

Sources close to the talks told Agence France-Presse (AFP) that several rich nations, led by the United States, were influential in watering down the pledge.

An initial ministerial statement at the beginning of the UN environment assembly this week had proposed a commitment to “phase out single-use plastics…by 2025” – a far stronger promise than the compromise nations appear to have reached.

“The environment is at a turning point. We don’t need verbose documents, we need concrete commitments.”

The world currently produces more than 300 million tonnes of plastics annually, and there are at least 5 trillion plastic pieces floating in our oceans, scientists have estimated.

When asked specifically whether the US had played a spoiler role during the week’s negotiations, Kiisler told journalists: “I will not answer that question.”

The UN this week released its periodic assessment of the health of our planet.

As much as a quarter of all premature death and disease is caused by manmade pollution, environmental damage and a lack of access to clean sanitation, said the Global Environmental Outlook report.

But unlike the UN’s parallel process on climate change, the environmental assembly has no legal means of enforcing what countries promise.

The summit started on a somber note after several UN staffers perished in the Ethiopian Airlines plane crash on Sunday, March 10.

Delegates on Friday held a minute’s silence at the start of the final plenary, and UN staff lit a string of candles along the assembly hall.

Another major bone of contention during negotiations was ge-engineering, the use of untested, large-scale infrastructure projects to mitigate the climate impact of manmade emissions.

A Swiss proposal for greater oversight on these potentially powerful but risky projects was met with “fierce opposition” from the US and Saudi Arabia, one source close to the talks told AFP.

Green groups fear geoengineering such as carbon-capture and so-called “solar radiation management” – essentially pumping reflective material into the atmosphere to bounce back more of the Sun’s rays – would allow richer nations to burn fossil fuels well into the future while seeming to commit to tackle climate change.

Even if these schemes eased global warming, they would not address the carbon dioxide emissions that are acidifying the oceans, say experts.

“They want to avoid further regulation, governance, and oversight over these technologies and it’s definitely in the interest of the fossil-fuel industry,” said Linda Schneider, senior program officer of International Climate Policy at Germany’s Heinrich Boell Institute.

Charities gave a lukewarm reception to the commitments due Friday.

“But we cannot continue to ignore the bigger picture – rising global inequality is driving unsustainable levels of consumption and destroying the world’s natural resources.”

Mohamed Adow of Christian Aid said “more was expected from this meeting to tackle the one existential environmental crisis of our times: climate change.” – Rappler.com