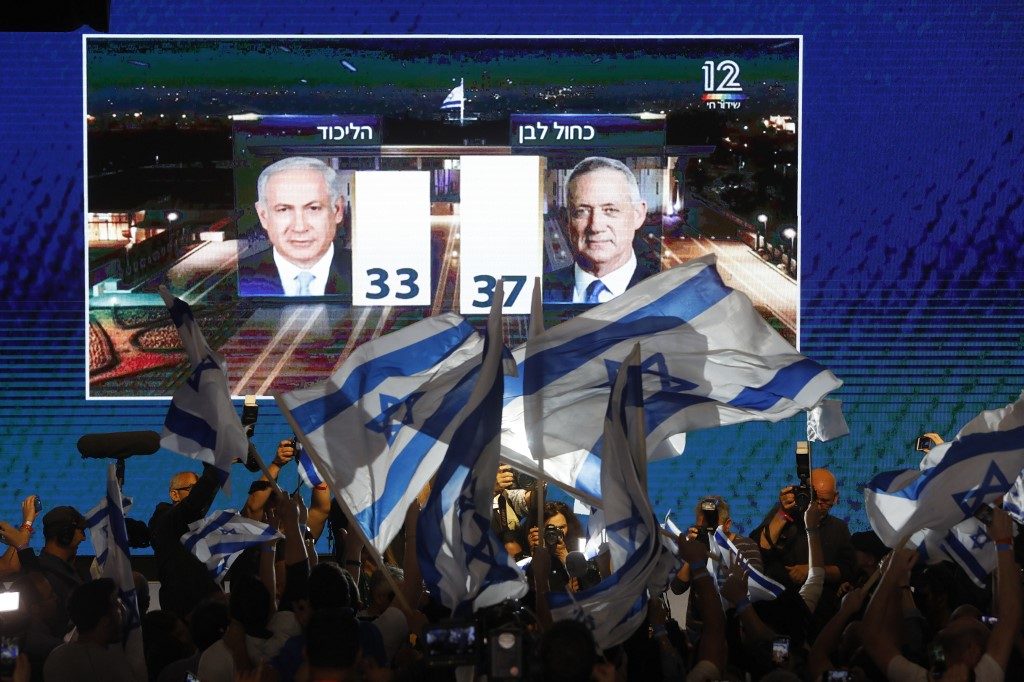 JERUSALEM – Final results from this week’s Israeli election published Friday, April 12, left Benjamin Netanyahu on course to remain prime minister although there were reports of pressure on him not to form another narrow right-wing coalition.

The Maariv newspaper quoted a senior official as saying that President Reuven Rivlin was trying to convene a meeting between Netanyahu and his defeated centrist challenger Benny Gantz on forming a broad government of national unity.

Such a government would enjoy a comfortable majority in Israel’s 120-seat parliament and enable it to take difficult decisions on public spending cuts and the future of controversial military service exemptions for ultra-Orthodox Jews free of pressure from special interest groups.

A spokesman for the president’s office said he had no word of any plans for such a meeting, when contacted by Agence France-Presse.

No political party in Israel’s more than 70-year history has ever won a majority entirely alone and Netanyahu faces a choice between forming a new coalition of right-wing and religious parties, or a grand alliance with the center.

Speaking after declaring victory in Tuesday’s election, April 9, he pledged to form a right-wing government.

But the looming prospect of indictments in several corruption cases against him, which he is determined to fight from office, makes him vulnerable to demands for concessions from smaller party allies.

It was also one more seat than preliminary results had given to the Likud.

But the United Torah Judaism party representing Ashkenazi ultra-Orthodox Jews, won 7 seats, one less than in the preliminary results, meaning that the right-wing and religious bloc still commands a total of 65 seats.

The poor showing by their New Right party, which had been projected to be a major potential coalition partner, was one of the upsets of the election. – Rappler.com