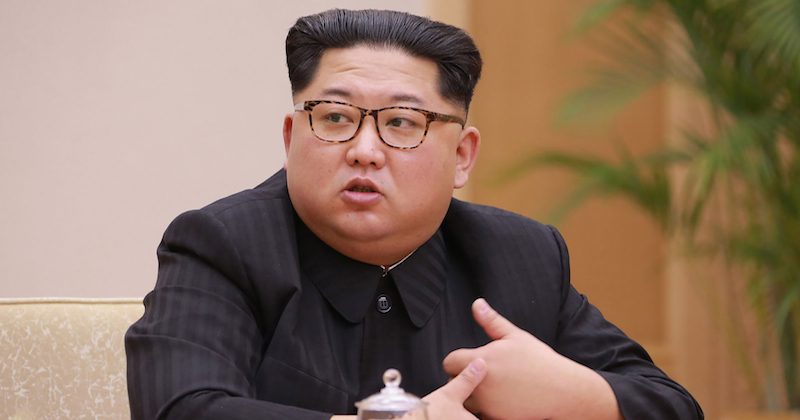 SEOUL, South Korea – North Korea’s Kim Jong Un has supervised the test-firing of a new tactical weapon with a “powerful warhead,” state media reported on Thursday, April 18, in the first test of its kind since nuclear negotiations with Washington stalled.

The test marks a ratcheting up of tensions weeks after a summit between Kim and US President Donald Trump collapsed without agreement.

Wednesday’s test was “conducted in various modes of firing at different targets” the KCNA news outlet reported, adding that Kim “guided the test-fire.”

The report said Kim described its development as one “of very weighty significance in increasing the combat power of the People’s Army.”

The “advantages” of the weapon were “the peculiar mode of guiding flight and the load of a powerful warhead,” KCNA said.

The report gave no details of the weapon.

Missiles fired by the North have previously been tracked by the US and South Korean militaries, both of which closely watch events in the isolated nation.

Neither made any immediate announcement in the wake of the report.

“The description makes whatever was tested sound like a missile, but that could be everything from a small anti-tank guided missile to a surface-to-air missile to a rocket artillery system,” said North Korea analyst Ankit Panda.

Earlier in the week, the Center for Strategic and International Studies, a US monitor, said activity had been detected at Yongbyon, the North’s main nuclear testing facility.

Kim’s Hanoi summit with Trump, the second between the two men, ended abruptly, with North Korea later protesting that the US was being unreasonable in its demands.

Since then, North Korea has said it is mulling options for its diplomacy with the US, and Kim said last week he was open to talks with Trump only if Washington came with the “proper attitude.” (READ: North Korea activity incompatible with denuclearization – U.S.)

“Kim is trying to make a statement to the Trump administration that his military potential is growing by the day,” said Harry Kazianis, an analyst at the Center for the National Interest.

“His regime is becoming frustrated with Washington’s lack of flexibility in recent negotiations.”

Koh Yu-hwan, professor of North Korean studies at Dongguk University, agreed the test was a message to the US showing its displeasure over the stalled nuclear talks.

But the fact that it was not a long-range missile or nuclear test “underscores Pyongyang wants to keep alive dialogue with Washington”, he added.

“Pyongyang cannot conduct a nuclear or long-range missile launch at this point unless it wants to totally shatter what remains of the US-North talks,” he continued.

Pentagon officials said they were aware of the test report but declined to comment further.

Last November, KCNA reported that Kim oversaw the testing of a “newly developed ultramodern tactical weapon” months after his first meeting with Trump.

It was the first official report of a weapons test by North Korea since Kim and Trump’s historic summit in Singapore over Pyongyang’s nuclear and missile program.

Pyongyang has yet to respond to Moon’s overture.

Moon, who has long backed engagement with the nuclear-armed North, has been pushing for the resumption of inter-Korean economic projects, but doing so would fall foul of international sanctions imposed on Pyongyang. – Rappler.com