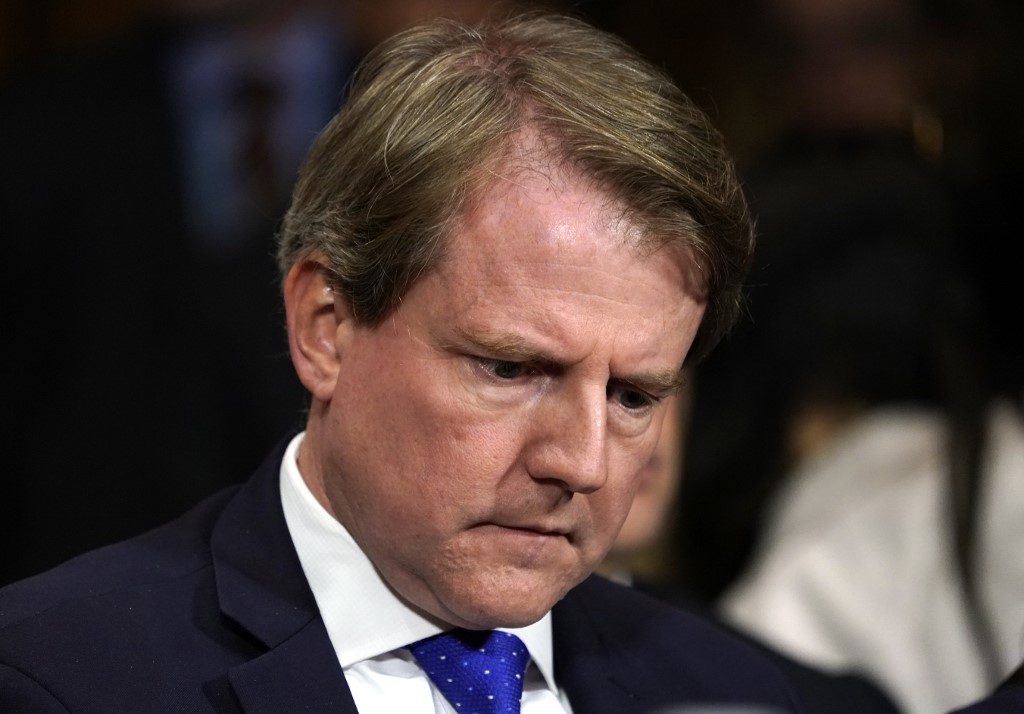 On one occasion, White House counsel Don McGahn even prepared a resignation letter after coming under pressure from Trump to put an end to the special counsel’s probe, the report said.

Trump’s efforts to remove Mueller began after press reports indicated that the investigation into Russian meddling in the 2016 election had widened to include whether the president had committed obstruction of justice.

On June 17, 2017, Trump called McGahn twice at home “and directed him to call the Acting Attorney General (Rod Rosenstein) and say that the Special Counsel had conflicts of interest and must be removed,” the report said.

“On the first call, McGahn recalled that the president said something like, ‘You gotta do this. You gotta call Rod,'” the report said.

McGahn told Trump he would see what he could do, but “did not intend to act on the request.”

On the second call, the report said, McGahn recalled the president telling him that “Mueller has to go” and “Call me back when you do it.”

McGahn, who was interviewed by Mueller’s team, said that he “left the president with the impression that (he) would call Rosenstein.”

“McGahn recalled feeling trapped because he did not plan to follow the president’s directive but did not know what he would say the next time the president called,” the report said.

“McGahn did not carry out the direction, however, deciding that he would resign rather than trigger what he regarded as a potential Saturday Night Massacre,” the report said.

The Saturday Night Massacre refers to a bid by president Richard Nixon in 1973 to thwart the Watergate investigation.

The report said McGahn called White House chief of staff Reince Priebus and told him he was resigning because the president had asked him to “do crazy shit.”

Priebus and White House chief strategist Steve Bannon persuaded McGahn not to quit and he returned to work at the White House, the report said.

Mueller’s conflicts of interest, according to the president, were that the special counsel had once worked for a law firm that represented people affiliated with Trump, that he had interviewed for the position of FBI director, and that he had once disputed fees relating to his membership in a Trump golf course.

The president’s advisors “pushed back on his assertion of conflicts, telling the president they did not count as true conflicts,” the report said.

Bannon, for example, told Trump that the purported conflicts were “ridiculous” and could not come close to justifying removing Mueller, according to the report.