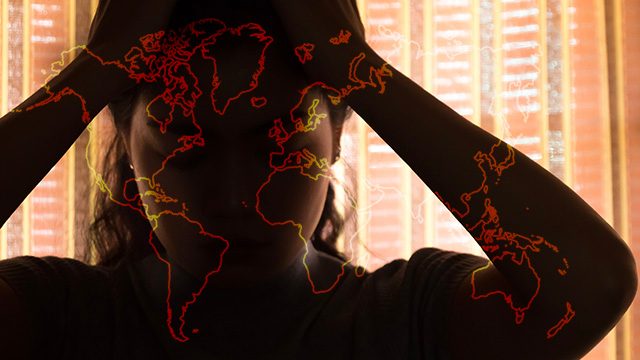 MANILA, Philippines – Anger, worry, and sadness, are at a record high – worldwide.

This is according to the 2019 Gallup Global State of Emotions report, which surveyed the overall well-being of adults in over 140 countries around the world.

The report found the African nation of Chad to have the highest negative experience index score of 54, with the global average being 30. Chad is wracked by violence, displacement, and poverty, affecting thousands of families. The index reflected Chadians’ overall physical pain, sadness, stress, and worry.

Joining Chad in the list of highest negative indices are two other African states, Sierra Leone and Niger, and conflict-ridden Iraq and Iran in the Middle East. Iraq and Iran also saw an increase in anger, with 4 out of 10 citizens reporting that they felt angry the day before the survey.

The lowest negative index was registered in Taiwan, with a score of 14. “Many of the countries with the lowest scores on the Negative Experience Index in 2018 have appeared on this list for years,” the report read.

Meanwhile, at least 9 Latin American countries were registered to have positive experience indices of more than 80, reflecting “the cultural tendency in the region to focus on life’s positives.”

Meanwhile, countries with the lowest positive experience indices turned out to be countries experiencing political and economic turmoil. Afghanistan registered as the country with the lowest index score of 43, far below the global average of 71.

The report found the Philippines to be among the most emotional countries, scoring 60 in the emotions index. It registered the same index as Niger, Ecuador, and Liberia. Total emotions were measured by averaging positive and negative indices. This means that these countries reported either positive or negative emotions the day before the survey.

Other countries found to be the most emotional were Costa Rica, Sierra Leone, Guinea, Peru, Nicaragua, Honduras, Sri Lanka, and Guatemala. – Rappler.com