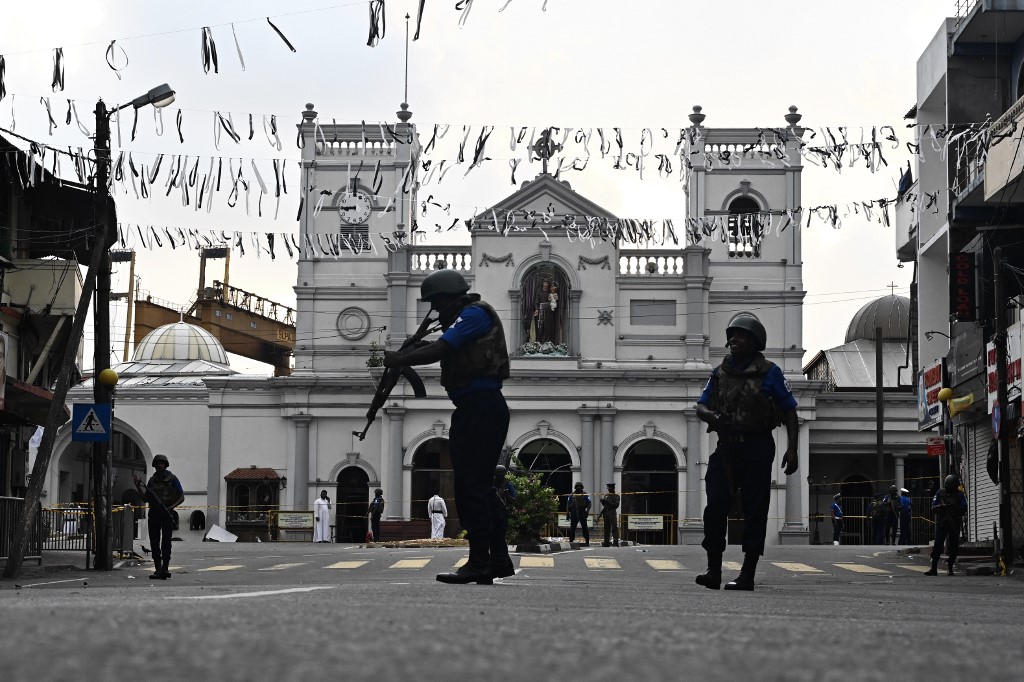 COLOMBO, Sri Lanka – Sri Lanka bolstered security Friday, May 3, with fears of attacks against bridges in the capital as the prime minister vowed to hunt down any remaining Islamic State (IS, formerly known as ISIS or the Islamic State in Syria and Iraq) extremists behind the deadly Easter bombings.

Islamist extremists were believed to be planning further attacks, authorities said, this time against several bridges and flyovers in the city as well as police stations.

The warnings came as Prime Minister Ranil Wickremesinghe said some of the conspirators in the April 21 bombings of 3 hotels and 3 luxury hotels may still be at large.

“Most of those responsible for the Easter attacks have been arrested. Some have been killed,” Wickremesinghe said Friday during a tour of island’s east, where a Christian church was hit.

“We are trying to see if there are any more secret IS cells in the country,” he said. “We will ensure that IS terrorism will be eradicated from our land.”

He hoped normality would return by Monday, May 6, when public schools reopen after an extended Easter vacation. About 50 children were among those killed.

As Muslims held prayers, mosque leaders said donations they received will be diverted to help rebuild the 3 churches.

At Colombo’s Dewatagaha Jumma mosque, hundreds of Muslims prayed after being frisked by police for explosives. Vehicles were not allowed to be parked near the Sufi mosque.

Banners in front of the mosque condemned the atrocities and expressed solidarity with Christians. One of the banners offered the mosque for Christians to conduct their services.

“The situation has come to normal but not completely,” chairman of the mosque, Reyyaz M. Salley, told Agence France-Presse (AFP). “People are still scared. Non-Muslims and Muslims are in a very tense situation.”

Police confirmed they had instructed stations around Colombo to deploy additional officers and asked the navy to deploy more vessels on rivers following the leak of police intelligence warning bridges were at risk of attack.

Sri Lanka’s military has also set up a special command center to co-ordinate anti-jihadist operations, while the army said more troops have been deployed for search operations.

Additional troops conducted searches overnight and seized explosives and weapons from several locations, although these were from criminal groups and not jihadists, official sources said.

Authorities had information about a small group of radicals who may be trying to stage more strikes, said health minister and government spokesman Rajitha Senaratne.

He said the crackdown on extremists after the Easter bombings had been largely successful.

“You can’t say the threat is over, but the situation is well under control…better than what we expected.”

But the government was also still on the hunt for “4 terrorists” involved in the Easter attacks who were still at large, Senaratne told AFP in an interview on Thursday evening May 2.

The Catholic Church announced Thursday that they had called off the resumption of Sunday services following information of a “specific threat” against two of their locations just outside the capital.

Catholic schools will not follow public schools in reopening on Monday, the Church said on Thursday.

Sri Lankan authorities have admitted that there was a failure to act on advance intelligence warnings of the deadly Easter Sunday attacks against churches and luxury hotels.

Senaratne said the country’s minority Muslim community had helped authorities root out extremists in the weeks since Easter.

“Everyone is giving information. They come forward to give a lot of information,” he said.

“We have already received foreign assistance from the US, UK and from India. There are other countries also which have offered intelligence services,” he said.

Soon after the attacks, President Maithripala Sirisena said he believed there were 140 Islamic State-inspired jihadists in Sri Lanka and he had ordered security forces to track them down.

The Easter attacks were blamed on the local National Thowheeth Jama’ath (NTJ) whose leader was among the suicide bombers. The group had pledged an oath of allegiance to the Islamic State group. – Rappler.com