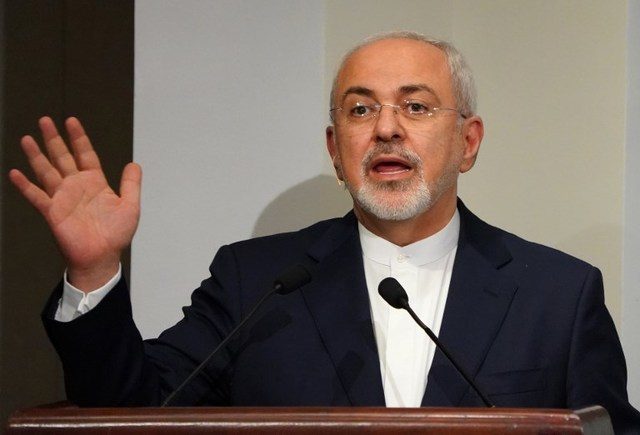 Facebook Twitter Copy URL
Copied
US President Donald Trump 'does not want war but the people around him are pushing him towards war under the pretext of making America stronger against Iran,' adds Foreign Minister Mohammad Javad Zarif

TEHRAN, Iran – Iran’s foreign minister on Saturday, May 18, discounted the prospect of a new war in the region because Tehran opposed it and no party was under the “illusion” the Islamic republic could be confronted.

Tensions between Washington and Tehran have been on the rise as the United States has deployed a carrier group and B-52 bombers over what it termed Iranian “threats.”

“We are certain… there will not be a war since neither we want a war nor does anyone have the illusion they can confront Iran in the region,” Mohammad Javad Zarif told state-run news agency IRNA at the end of a visit to China.

US President Donald “Trump does not want war but the people around him are pushing him towards war under the pretext of making America stronger against Iran,” Zarif added.

Iran-US relations hit a new low last year as US Trump pulled out of a 2015 nuclear deal and reimposed unilateral sanctions that had been lifted in exchange for Tehran scaling back its nuclear program.

The head of Iran’s powerful Revolutionary Guards said Saturday that the country is currently locked in a “full-scale war of intelligence” with the US.

“America’s majesty is on decline and it is about to reach its end, and at the same time, we must watch out for probable dangers in such circumstances,” he said. – Rappler.com