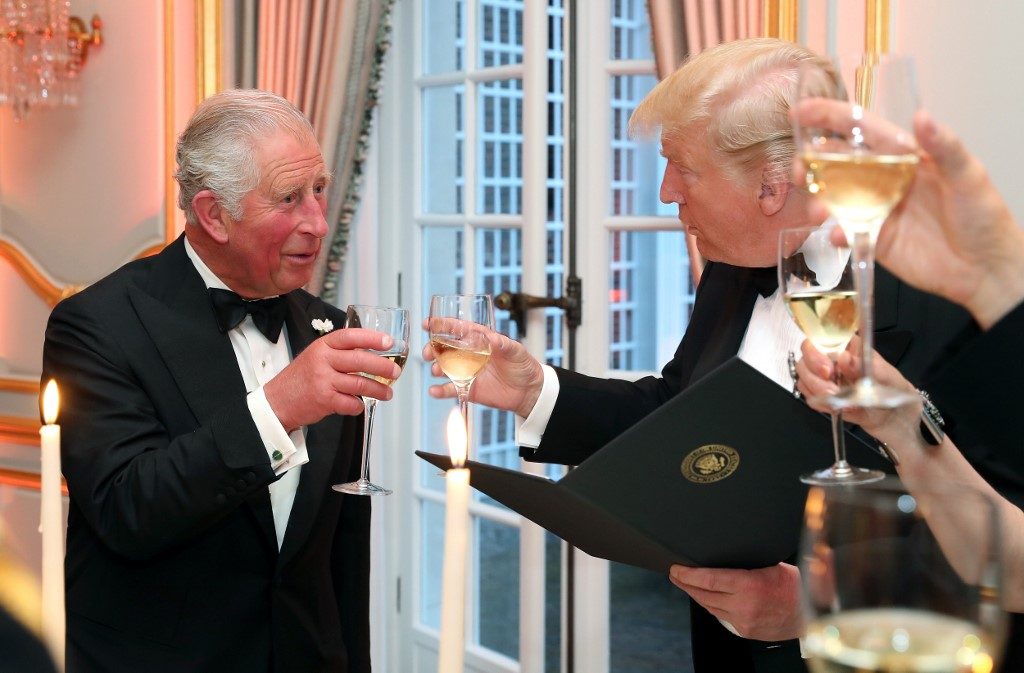 Facebook Twitter Copy URL
Copied
'He wants to have a world that is good for future generations and I want that too,' Donald Trump says

LONDON, United Kingdom – US President Donald Trump said on Wednesday, June 5, he was wowed by Prince Charles’s passion for fighting climate change and that he also wanted a world that is “good for future generations.”

Trump has rolled back environmental regulations and pulled the United States out of the Paris climate accord since his surprise election in 2016.

But the mercurial White House chief said he was impressed with Prince Charles’s commitment to green causes when he had tea with the heir to the British throne at Buckingham Palace on his arrival for a 3-day state visit Monday.

“We were going to have a 15-minute chat. And it turned out to be an hour and a half. And he did most of the talking. He is really into climate change, and I think that’s great, I mean I want that, I like that,” Trump said.

“He wants to have a world that is good for future generations and I want that too.”

But he also stuck up for his own management of environmental policies.

“I did mention a couple of things, I did say, ‘Well the United States right now has among the cleanest climates there are, based on all statistics, and it’s even getting better’,” Trump said.

A widely-cited report released by the Rhodium Group in January found that US carbon dioxide emissions rose by 3.4% in 2018.

The increase was the biggest in 8 years.

Prince Charles has spent many years bucking UK conventions that frown on members of the royal family sticking up for political causes.

His environmental activism has seen the 70-year-old modify his Aston Martin so that it can run on a fuel mixture that includes white wine.

He also told The Daily Telegraph last year that he tried to run the royal train on recycled cooking oil.

“But I don’t know,” the prince told the paper. “They say it clogs up the engine or something.” – Rappler.com