Jun 5, 2019 11:21 PM PHT
Agence France-Presse
Facebook Twitter Copy URL
Copied
An Air Force helicopter is hindered by turbulent winds, the risk of further avalanches, the bowl-shaped terrain, the high altitude, and the fact that there is only one possible approach route to the site 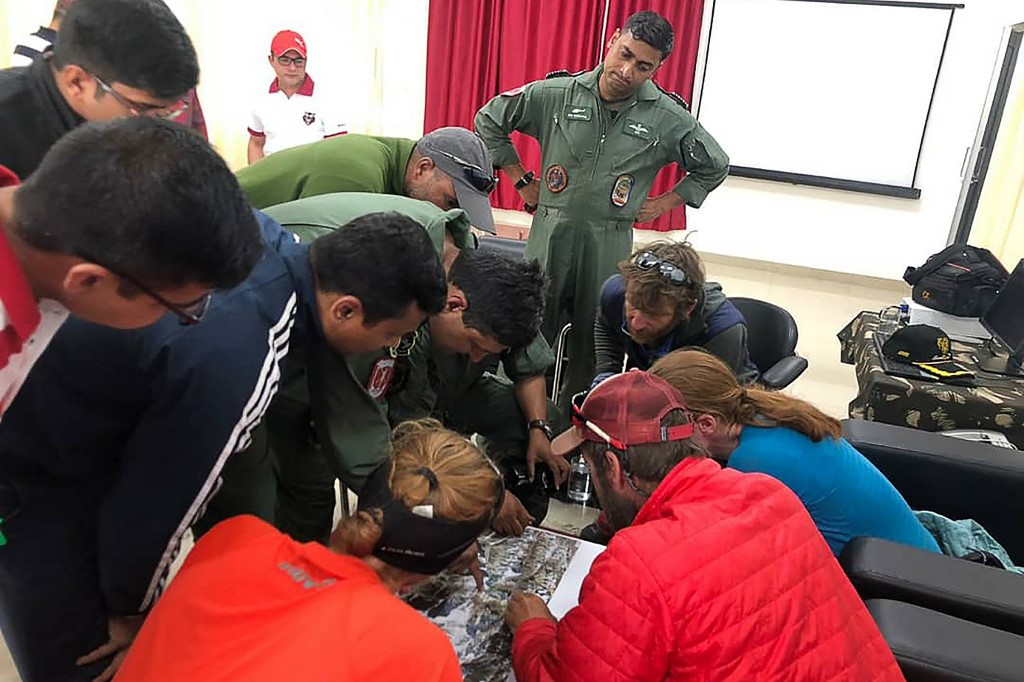 They were trying to retrieve the bodies of 4 Britons, two Americans, one Indian and one Australian believed to have been killed in an avalanche last week on Nanda Devi, India’s second-highest mountain.

On Monday, June 3, helicopters spotted from the air what officials believe to be 5 bodies and their scattered mountaineering gear. The remains of the other 3 climbers were thought to be nearby.

But on Wednesday, the helicopter had to return to base after making 3 failed attempts to hover over the spot and airdrop the soldiers from the Indo Tibetan Border Police paramilitary mountain force.

The aircraft was hindered by turbulent winds, the risk of further avalanches, the bowl-shaped terrain, the high altitude, and the fact that there was only one possible approach route to the site.

“When a chopper enters into such places, they have to also consider a return path, which was unavailable in this case, so the pilots decided not to take any risk,” local district magistrate Vijay Kumar Jogdande told reporters.

The officer said they would launch another aerial operation and also attempt to send a ground mission to reach the spot, something that would take a week to prepare and acclimatize for.

The originally 12-strong team – 4 Britons were rescued after separating from the main group – was led being by experienced British climber Martin Moran and had permission to climb the eastern peak of Nanda Devi.

But a Facebook post by Moran’s mountaineering firm on May 22 said that they planned to attempt “an unclimbed peak” around 6,500 meters (21,300 feet) high.

“This mountain range is more difficult to scale than Mount Everest. They knowingly risked their lives after changing their plans without informing the authorities,” an official involved in the operation told Agence France-Presse (AFP) Tuesday, June 4, on condition of anonymity.

“The permission was granted for Nanda Devi east, and any diversion is illegal. We were completely unaware of their changed plan and that turned fatal,” he said.

The two groups last communicated with each other on May 26, a day before heavy snow fell and massive avalanches hit the heights.

When the 8 climbers failed to report back to the base camp, the other 4 launched a search before alerting Indian authorities, who started a major operation.

A military source said the climbers may have fallen from an ice ridge or an overhanging mass of snow during the avalanches.

“There must have been some error of judgement and they must have fallen from a great height along with the entire snow cornice. It must have been like falling from a 10-storey building,” the source told AFP.

“They took a different route for which they didn’t have permission. It is their adventurism which cost them their lives,” the source said.

Hundreds of climbers from across the world visit India to scale mountains across the Himalayan chain, and the peaks in Nanda Devi sanctuary are considered among the toughest.

McCance’s husband Trent Goldsack told Australian media that her last communication to him had been a text message saying: “OK at base camp.” – Rappler.com