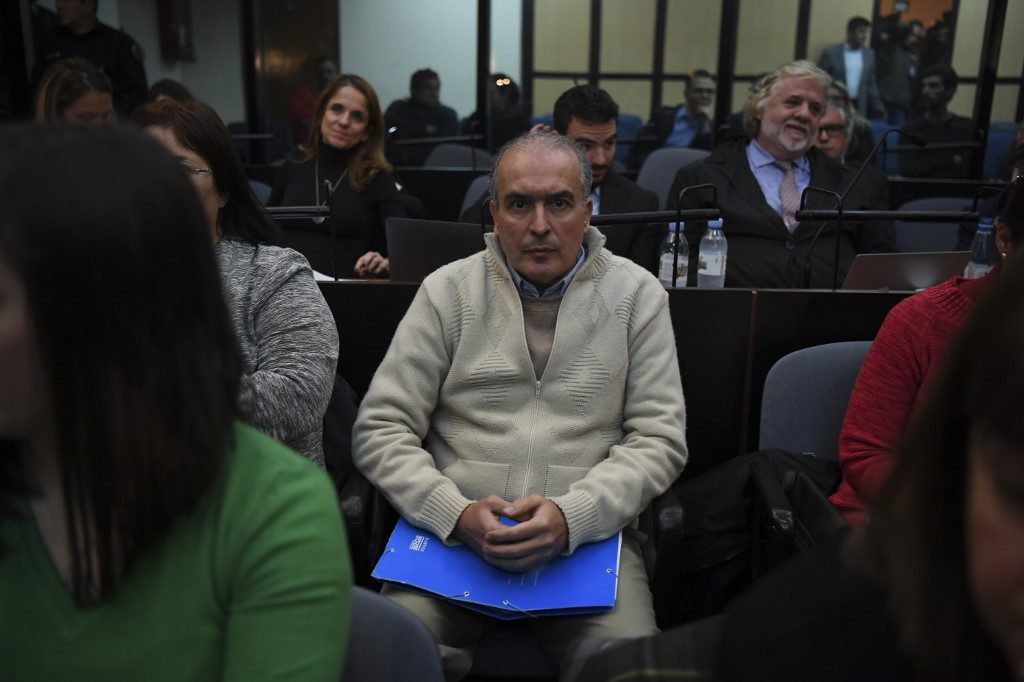 BUENOS, AIRES, Argentina – A court on Wednesday, June 12, sentenced former Argentine minister Jose Lopez to 6 years in prison after he was caught by police trying to hide bags stuffed with $9 million in cash at a Buenos Aires convent.

The case became emblematic of the country’s corruption and first emerged when Lopez, 58, was caught red-handed tossing 160 suitcases and duffel bags over a wall into the garden of the convent.

An 80-year-old Catholic nun, Sister Celia Ines Aparicio, who was charged with complicity in the case, was acquitted.

Lopez was part of a group of officials who were close to late president Nestor Kirchner and his successor and wife Cristina Kirchner.

Lopez and his former boss, ex-planning minister Julio de Vido – who has also been jailed for corruption – managed the federal government’s public works projects under the Kirchners (2003-2015).

His wife, Maria Diaz, was given a two-year suspended sentence for complicity in the case.

A former deputy minister for public works, Lopez is also suspected of embezzlement in two other corruption cases.

He has been held in preventive detention at Ezeiza prison outside Buenos Aires.

Kirchner, now a senator who is running for vice-president in October’s elections, is currently on trial for corruption dating from her two terms as Argentina’s president from 2007-2015. – Rappler.com