Jun 20, 2019 11:33 PM PHT
Agence France-Presse
Facebook Twitter Copy URL
Copied
'I am honored to officially extend an invitation to Your Holiness to visit Iraq – the cradle of civilization and the birthplace of Abraham, the father of the faithful and messenger of the divine religions,' says President Barham Saleh 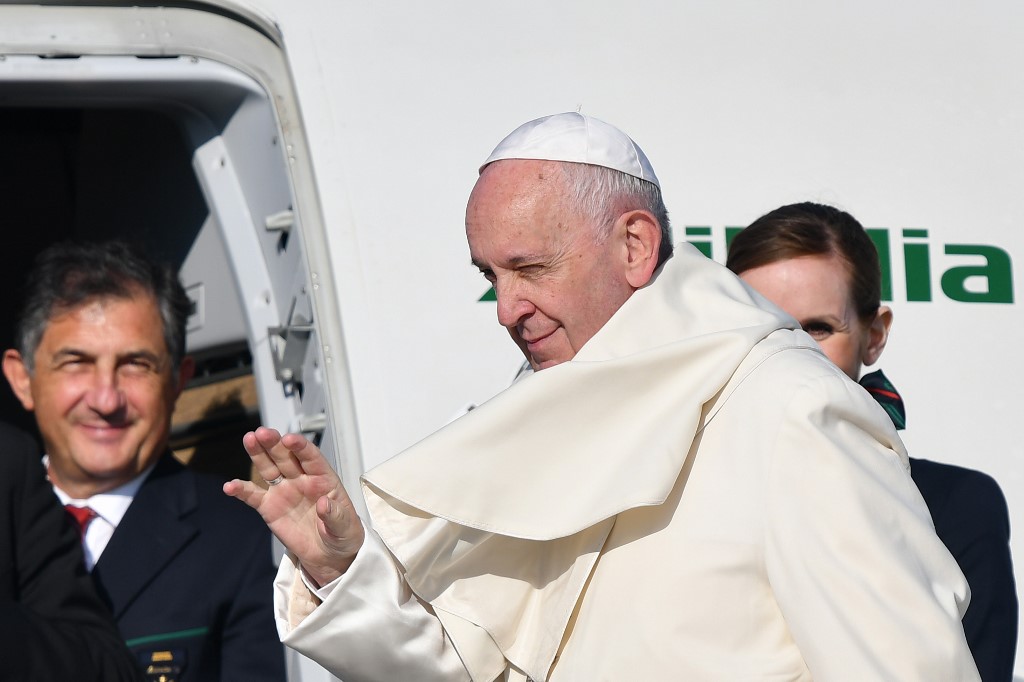 BAGHDAD, Iraq – President Barham Saleh has sent an official invitation to Pope Francis to visit Iraq after the pontiff said he would like to travel to the Muslim country despite security conditions.

Earlier this month Francis said “I want to go next year” to Iraq, which has been a battleground for competing forces, including the Islamic State group since the US-led ouster of dictator Saddam Hussein in 2003.

“I am honored to officially extend an invitation to Your Holiness to visit Iraq – the cradle of civilization and the birthplace of Abraham, the father of the faithful and messenger of the divine religions,” Saleh said in the letter, a copy of which was seen Thursday, June 20, by Agence France-Presse.

“Your holiness’ visit will be an opportunity to remind and enlighten Iraq and the world that this land gave humanity its first laws, irrigated agriculture and a legacy of cooperation among people” of different religions, it said.

Saleh said he hoped the visit would be “a milestone in the healing process and Iraq can once more be a peaceful land where the mosaic of religions and faiths can live together in harmony again as they did for millenia.”

Francis has made boosting ties between Christianity and Islam a cornerstone of his papacy.

He has this year visited Abu Dhabi in the United Arab Emirates and Morocco.

The Pope had already visited several Muslim countries in previous years, including Turkey in 2014, Azerbaijan in 2016 and Egypt in 2017.

Vatican number two Cardinal Pietro Parolin warned in January that a papal trip to Iraq imposed a “minimum of conditions” that “are not currently met.” – Rappler.com