Jun 23, 2019 4:03 PM PHT
Agence France-Presse
Facebook Twitter Copy URL
Copied
Mauritania ruling party candidate and frontrunner Mohamed Ould Ghazouani gets 50.56% of the votes after 80% of it has been counted 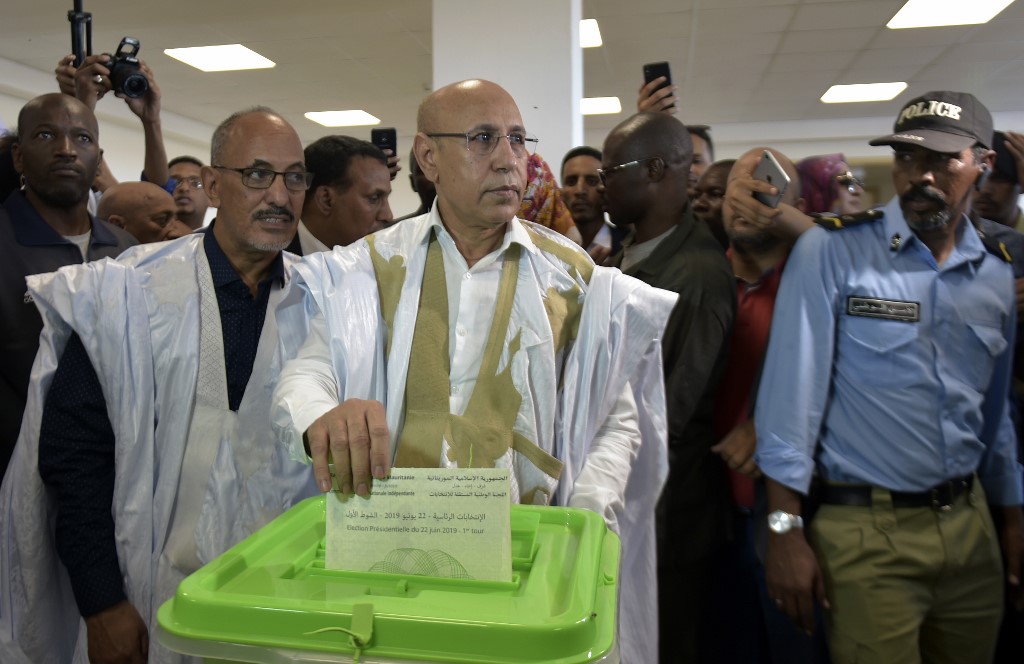 NOUAKCHOTT, Mauritania – Government candidate and frontrunner Mohamed Ould Ghazouani has declared himself the winner of the first round of Mauritania’s presidential election.

The 62-year-old former head of the domestic security service made the claim in the early hours of Sunday, June 23, in the presence of current president Mohamed Ould Abdel Aziz, his supporters and journalists.

A source at the Independent National Electoral Commission (CENI) said Ghazouani had won 50.56% of the votes after 80% of the votes had been counted following Saturday’s election.

“There is only 20% left (to count), but that will not change the final result,” Ghazouani reportedly told supporters.

Both men had complained of balloting irregularities and the expulsion of representatives from some polling stations. However CENI said no major problems had been reported.

Ghazouani – who campaigned on the themes of continuity, solidarity and security for the vast largely desert nation – served as Abdel Aziz’s chief of staff from 2008 to last year.

The outgoing president is a general who originally came to power in a 2008 coup, won elections a year later and was again elected in 2014 in polls boycotted by the opposition.

The ballot is the first in Mauritania’s coup-strewn history that looks set to see an elected president complete his mandate and transfer power to an elected successor, but the opposition has raised concerns that it could perpetuate a government dominated by military figures. – Rappler.com