Jun 24, 2019 10:32 AM PHT
Agence France-Presse
Facebook Twitter Copy URL
Copied
The documents show the Trump administration was well aware of allegations of inappropriate relationships that dogged some of his initial cabinet members, many of whom have since resigned or been forced out 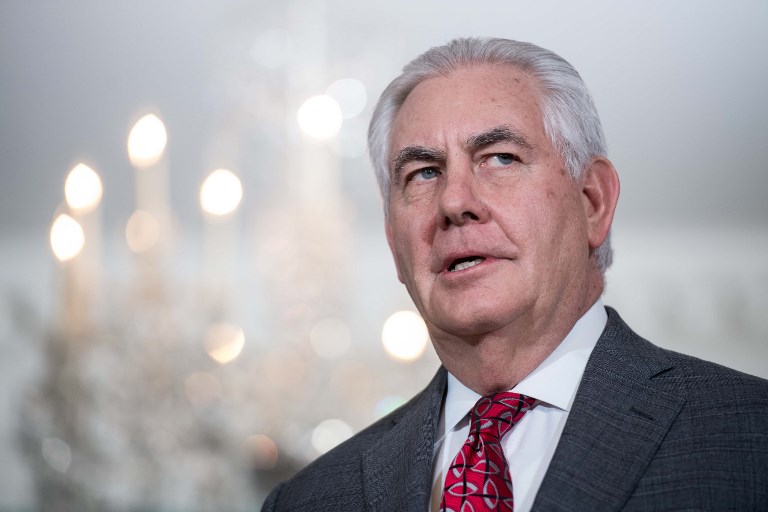 WASHINGTON, DC, USA –  One nominee was flagged for his relationship with Russia, another for his alleged ties to white supremacist groups, and several others for criticizing Donald Trump before he became US president.

These are the revelations from a trove of vetting documents published by news site Axios on Sunday, June 23, that examine the backgrounds of people considered for, and whom in some cases received, appointments to Trump’s administration after his 2017 inauguration.

The documents show that the Trump administration was well aware of allegations of inappropriate relationships that dogged some of his initial cabinet members, many of whom have since resigned or been forced out.

Energy executive Rex Tillerson’s relationship with Russia was said to “go deep,” but he was nonetheless made Secretary of State, a position he held until Trump fired him last year.

And the administration was well aware of the “allegations of coziness with big energy companies” surrounding former Oklahoma attorney general Scott Pruitt, but Trump still named him chief of the Environmental Protection Agency.

Axios did not publish the dossiers in full but described them as “political vetting forms” that were standard for top White House officials.

The trove also includes the dossiers of a host of people who didn’t get the jobs they were considered for but nonetheless stayed close to Trump.

A document on the “foreign entanglements” of former New York mayor Rudy Giuliani, compiled as part of his vetting for Secretary of State, ran 25 pages. He didn’t get the job, but is now Trump’s personal lawyer.

Former Kansas secretary of state Kris Kobach had “white supremacy” flagged as a vulnerability when he was being vetted for homeland security chief based on allegations from political opponents.

Trump didn’t end up nominating him for that job but later tasked Kobach with investigating alleged voter fraud.

While he’s well-known for hitting back at his critics, the documents show that Trump also hired people who had previously made critical comments about him.

Mick Mulvaney once called Trump “not a very good person,” but today he is the White House’s chief of staff. – Rappler.com