Jun 25, 2019 9:43 PM PHT
Agence France-Presse
Facebook Twitter Copy URL
Copied
Ethiopia has been left reeling after this weekend's violence, a massive blow to Prime Minister Abiy Ahmed who has embarked on an ambitious project of economic and political reforms in the nation 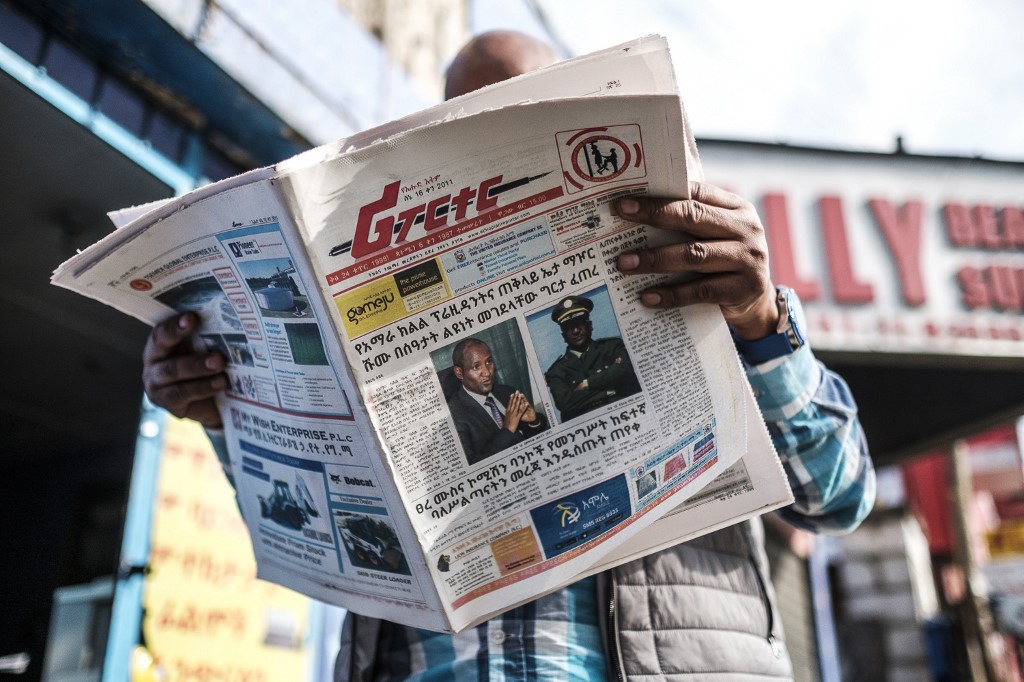 ADDIS ABABA, Ethiopia – Ethiopia on Tuesday, June 25, held a funeral service for its army chief who was assassinated by his bodyguard over the weekend, an incident believed linked to an alleged coup bid in northern Amhara state.

Prime Minister Abiy Ahmed wept and mourners wailed as the coffin of Seare Mekonnen, draped in the Ethiopian flag, was carried to the front of a room filled with soldiers in military fatigues, in footage carried by state media.

Ethiopia has been left reeling after this weekend’s violence, a massive blow to Abiy who has embarked on an ambitious project of economic and political reforms in the nation.

However, his efforts have unleashed ethnic violence and turmoil as different groups jockey for resources and power.

On Saturday, June 22, what the government described as a “hit squad” entered a meeting of top Amhara officials and opened fire, killing regional president Ambachew Mekonnen, his top adviser and the state’s attorney general.

A few hours later in Addis Ababa, some 500 kilometers (310 miles) away, army chief Seare was shot dead by his bodyguard. A retired general visiting him was also killed.

The government said he was coordinating the response to the “attempted coup” at the time.

Abiy’s office also said it appeared to be a “coordinated attack” without giving more details.

Ethiopian authorities have pinned the blame on Amhara’s security chief Asaminew Tsige, who was gunned down by police while on the run on Monday, June 24.

Asaminew was only released last year from almost a decade in prison over a 2009 coup plot, under a mass prisoner amnesty that began under former prime minister Hailemariam Desalegn and continued under his reformist successor Abiy.

Analysts describe him as a hardline Amhara nationalist who was likely facing removal from his job over efforts to form a militia and rhetoric pushing for territory in neighboring Tigray to be reclaimed.

The motives of Seare’s assassin meanwhile, are completely unknown.

Internet services were down Tuesday across Ethiopia for a fourth consecutive day. – Rappler.com