Mexico will not detain migrants at U.S. border – president 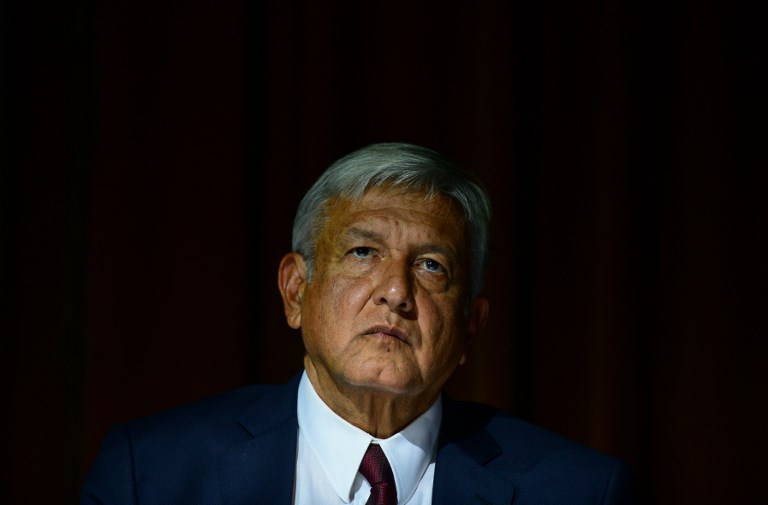 MEXICO CITY, Mexico – Mexico’s president said Tuesday, June 25, the 15,000 troops his government has deployed to the US border do not have orders to stop migrants from crossing, and vowed to investigate a controversial detention last week.

“No such order has been issued, and we are going to review that case, so that it doesn’t happen again, because that’s not our job,” President Andres Manuel Lopez Obrador told a press conference.

He made the comment after an Agence France-Presse journalist’s images of heavily armed National Guardsmen forcibly detaining two women and a young girl at the edge of the Rio Grande river triggered backlash in Mexico, whose government faces pressure from US President Donald Trump to slow a surge of Central American migrants.

The statement contradicts what Lopez Obrador’s own defense minister said Monday, June 24, in a joint press conference with the president.

“Given that (undocumented) migration is not a crime but rather an administrative violation, we simply detain them and turn them over” to immigration authorities, Sandoval added.

However, Lopez Obrador insisted Mexican forces were not there to detain migrants who try to cross the border.

“Those are not the instructions they have. They are not there to do that job. That is the work of the migration authorities, not the army,” he said.

“We are going to deal with this matter so that no abuses are committed.”

However, he added: “We have to avoid a confrontation with the government of the United States.”

Lopez Obrador, an anti-establishment leftist who came to office in December vowing to protect migrants’ rights, has been pushed into a more hardline stance by Trump, who threatened last month to impose tariffs on all Mexican goods if the government did not do more to slow migration.

After a week of tense negotiations in Washington, the two sides announced a deal on June 7 in which Mexico agreed to reinforce its southern border with 6,000 National Guardsmen and expand its policy of taking back migrants while the US processes their asylum claims. – Rappler.com