Jun 28, 2019 5:10 PM PHT
Agence France-Presse
Facebook Twitter Copy URL
Copied
Jean-Claude Romand, now 65 years old, will be under electronic surveillance for two years and must live in an area approved by the judiciary 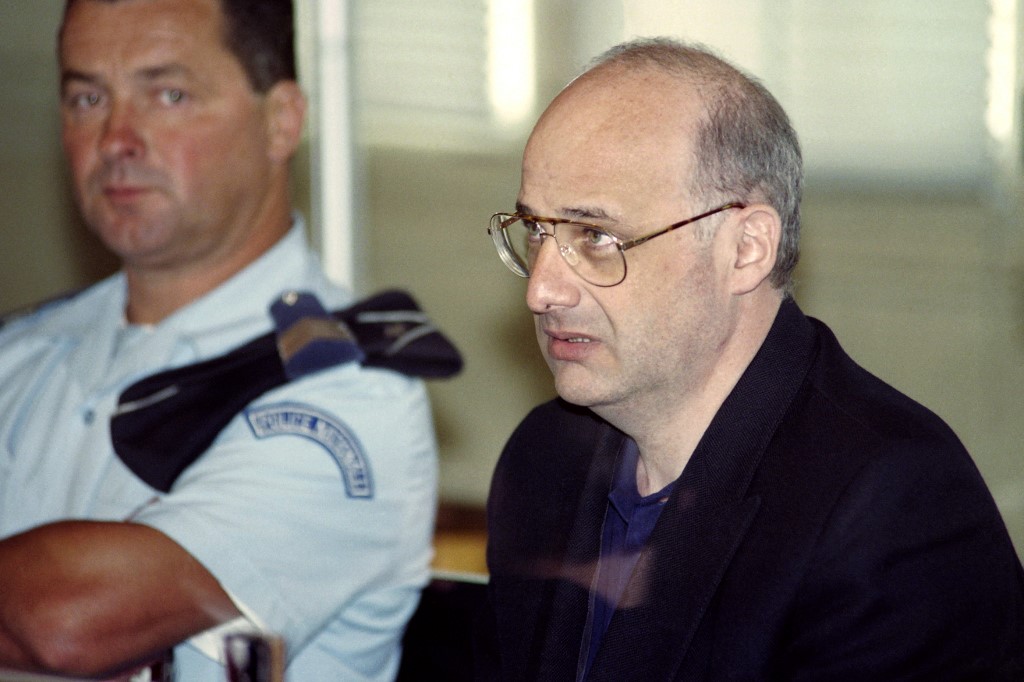 TOURS, France – A Frenchman who killed his parents, wife, and children after pretending for two decades to be a successful doctor in a case that inspired a book and films, has been released on parole after 26 years in jail, his lawyer said on Friday, June 28.

Jean-Claude Romand murdered his parents, wife and two children in 1993 as they were about to learn about his double life.

Romand had spent nearly 20 years pretending he was a successful doctor and researcher working for the Geneva-based World Health Organization.

“He was released last night” from the Saint-Maur prison near the central city of Bourges, lawyer Jean-Louis Abad said Friday.

An appeals court had granted Romand parole on April 25.

The 65-year-old will be under electronic surveillance for two years and must live in an area approved by the judiciary.

The appeals court also barred him from contacting the civil parties involved in the case, and from talking to the media “about the crimes he has been charged with”.

His case has been the subject of fascination in France, notably inspiring the book “L’adversaire” (The Adversary) by Emmanuel Carrere which was made into a film in 2002 by Nicole Garcia starring prominent French actor Daniel Auteuil.

It also provided the storyline for the 2001 film “L’emploi du temps” by French director Laurent Cantet, which was very well received.

Romand hid his failure to qualify as a doctor from his family and instead claimed to be a high-ranking WHO researcher.

Threatened with exposure as creditors closed in, Romand, then aged 38, carried out the killings on January 9, 1993.

He murdered his wife with a rolling pin and then shot dead his daughter and son aged 7 and 5, before killing his parents.

He then went home and took barbiturates, setting his house on fire. But he was found alive, though unconscious, by the fire brigade. – Rappler.com