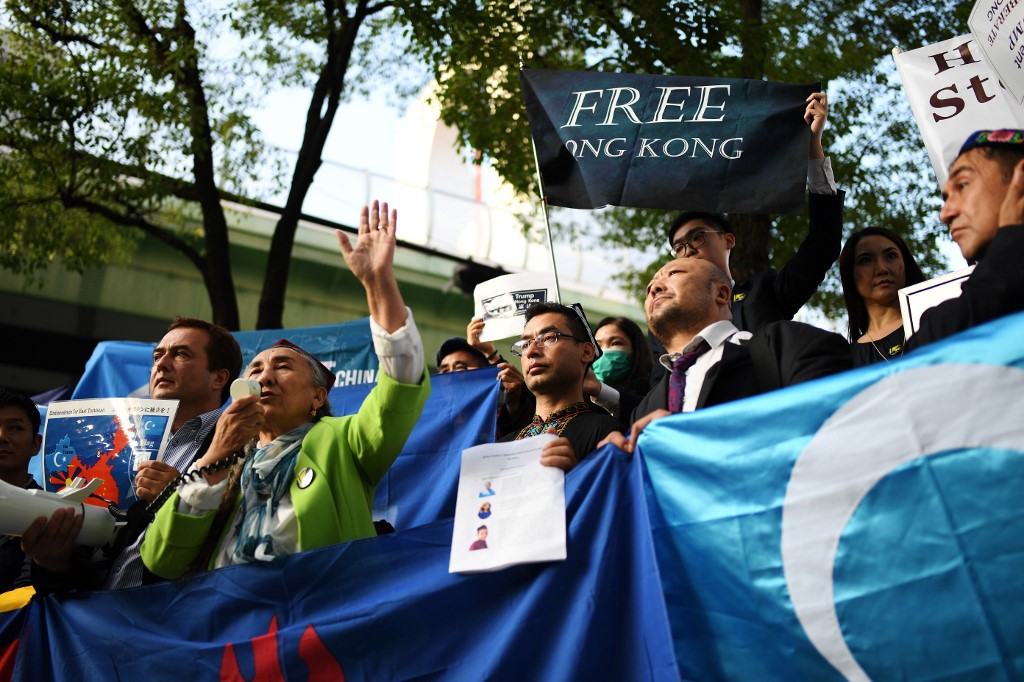 OSAKA, Japan – An exiled advocate for China’s ethnic Uighur minority on Friday, June 28, urged world leaders gathered in Japan for the G20 summit to confront Chinese President Xi Jinping over the “genocide” of her Muslim people.

Speaking to reporters on the sidelines of the Osaka meeting, Rebiya Kadeer said strong world pressure was essential to free an estimated one million people, mostly ethnic Uighurs, held in internment camps in western China.

“(The) entire Uighur people are facing (an) existential threat, and its real and urgent,” Kadeer, the 72-year-old head of the World Uyghur Congress, said through an interpreter.

But rights groups and former inmates describe them as “concentration camps” where Uighurs and other minorities are being forcefully assimilated into China majority ethnic Han society.

Kadeer said Uighur culture could vanish if “strong actions” are not taken by China’s trading partners.

“I call (on) European countries who are economically dependent on China to wake up and stand up against Chinese genocide of Uighurs and take practical actions immediately.”

More than 100 demonstrators later gathered in Osaka to protest against the camps, as well as moves in Hong Kong to diminish the Chinese city’s unique freedoms.

Kadeer’s presence in Osaka will no doubt anger China, which labels her a dangerous separatist and has previously condemned Japan for allowing her entry.

Xinjiang is a remote, resource-rich region bordering on central Asia that has long seethed with sporadic violence over Uighur allegations of Chinese repression.

Kadeer was a successful Xinjiang businesswoman hailed in the 1990s by China as proof that its policies were good for the country’s many ethnic minorities.

But she fell out with authorities and was jailed 6 years after complaining about Uighur repression.

She was released and went abroad in 2005, settling in the United States and becoming the leader of the World Uyghur Congress, which advocates respect for Uighur culture.

China accuses her of instigating deadly Uighur rioting in Xinjiang in 2009 that killed at least 197 people, according to state media.

She strongly denies the charge. – Rappler.com