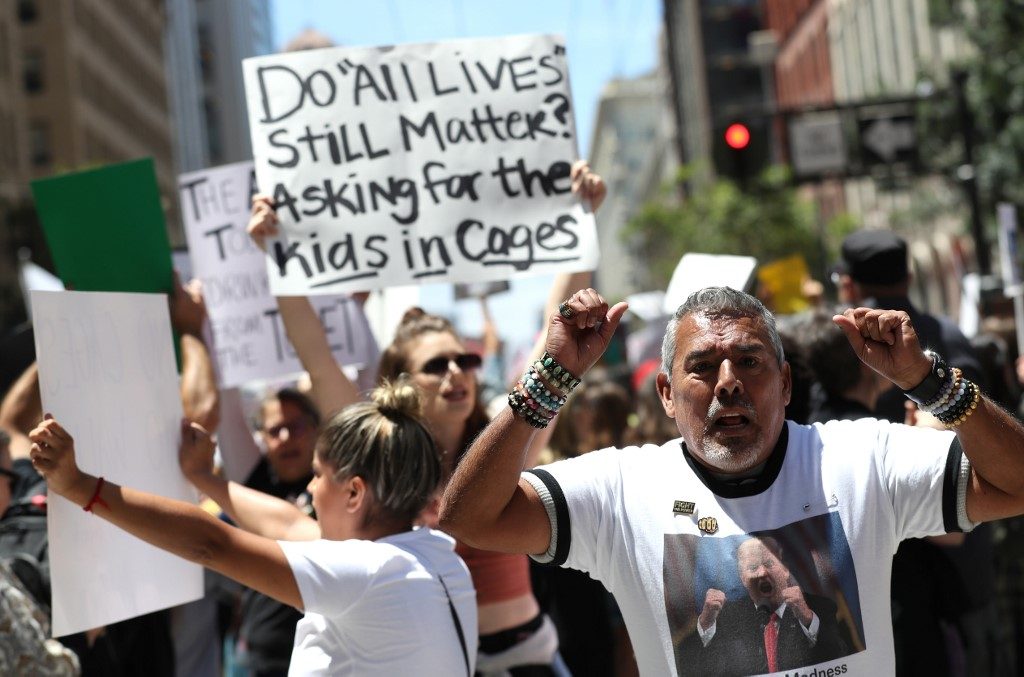 GENEVA, Switzerland – The UN human rights chief said Monday, July 8, that she was “deeply shocked” by conditions under which migrants and refugees are held at US detention centers, following reports of severe overcrowding and disease-ridden cells.

“As a pediatrician, but also as a mother and a former head of State, I am deeply shocked that children are forced to sleep on the floor in overcrowded facilities, without access to adequate healthcare or food, and with poor sanitation conditions,” the United Nations High Commissioner for Human Rights, Michelle Bachelet, said in a statement.

The Department of Homeland Security (DHS) watchdog report released last week warned of “dangerous overcrowding” in multiple detention facilities holding thousands of migrants seeking to remain in the United States. Most of them are fleeing violence and poverty in Central America.

On Saturday, July 6, the New York Times and The El Paso Times published an article describing a Border Patrol station in Clint, Texas as filled with hundreds of children wearing filthy clothing and packed into disease-ridden cells.

President Donald Trump called the story a “hoax” and said he would take the media to visit the centers.

Democratic lawmakers who recently visited detention facilities reported massive crowding in cells with no running water, where children and adults lacked access to medicines and were deprived of showers for up to two weeks.

Responding to the DHS report, Bachelet said that even detaining children “for short periods under good conditions can have a serious impact on their health and development.

“Consider the damage being done every day by allowing this alarming situation to continue,” added Bachelet, the former president of Chile.

Trump has previously expressed little sympathy for migrants in the facilities.

On Twitter, he wrote: “If Illegal Immigrants are unhappy with the conditions in the quickly built or refitted detentions centers, just tell them not to come. All problems solved!”

‘This should never happen, anywhere’

Bachelet called for compassion, stressing that those who find themselves in these facilities “have embarked on perilous journeys with their children in search of protection and dignity and away from violence and hunger.”

“When they finally believe they have arrived in safety, they may find themselves separated from their loved ones and locked in undignified conditions. This should never happen anywhere.”

She noted that states have the right to determine the circumstances surrounding the entry of foreign nationals and acknowledged the complex challenges surrounding migration management, including in Central America.

“But clearly, border management measures must comply with the State’s human rights obligations and should not be based on narrow policies aimed only at detecting, detaining and expeditiously deporting irregular migrants,” she added. – Rappler.com