Pope Francis tells migrant mass ‘no one exempt’ from helping 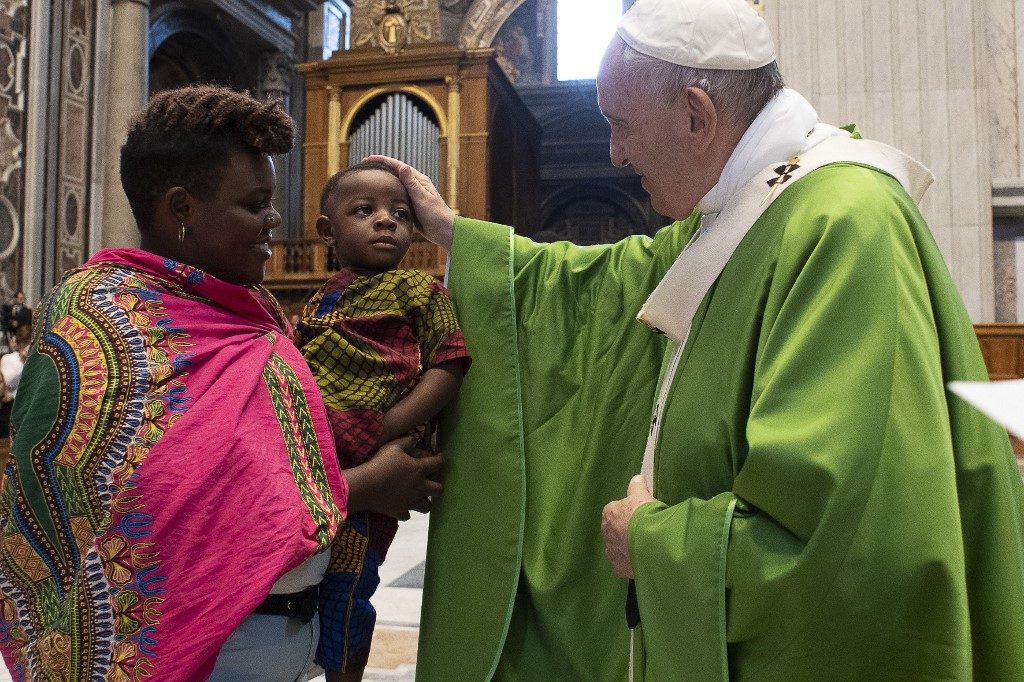 Facebook Twitter Copy URL
Copied
The Pope says 'the weakest and most vulnerable must be helped...This is a tremendous responsibility, from which no one is exempt'

VATICAN CITY, Holy See – Migrants are human beings who symbolize all those rejected by globalization, Pope Francis told a special mass on Monday, July 8, saying “the weakest and most vulnerable must be helped”.

“This is a tremendous responsibility, from which no one is exempt,” the Pope said days after Italy’s far-right Interior Minister Matteo Salvini refused entry to two charity boats carrying rescued migrants.

It is these most vulnerable people who “are abandoned and cheated into dying in the desert,” he told the mass to mark the sixth anniversary of a visit to Lampedusa, where many asylum seekers arrive after a perilous sea journey from Libya.

“They are persons, these are not mere social or migrant issues!” the pope said.

Salvini has regularly attacked migrants and the NGOs that help them, accusing them of helping people smugglers.

“Migrants are first of all human persons and… they are the symbol of all those rejected by today’s globalized society,” the pope said.

Francis travelled to Lampedusa in July 2013, 4 months after he was elected but before the 2013-2017 wave of migrant arrivals and shipwrecks, condemning “the globalization of indifference” towards migrants.

Since then, he has repeatedly called for the welcoming of migrants fleeing war or poverty.

Unfortunately, he said, the outskirts of Italian cities are “densely populated with persons who have been thrown away, marginalized, oppressed, discriminated against, abused, exploited, abandoned, poor and suffering”.

Malian asylum seeker Matthieu, who attended the mass that was closed to the public, told AFP-TV afterwards that he had “spent a week at sea, it was very hard and today Pope Francis invites us for the day, a big day for immigrants.”

Senegalese migrant Seynabou said Francis “gave a beautiful speech for migrants who die at sea, who have problems… he wants to help migrants.” – Rappler.com