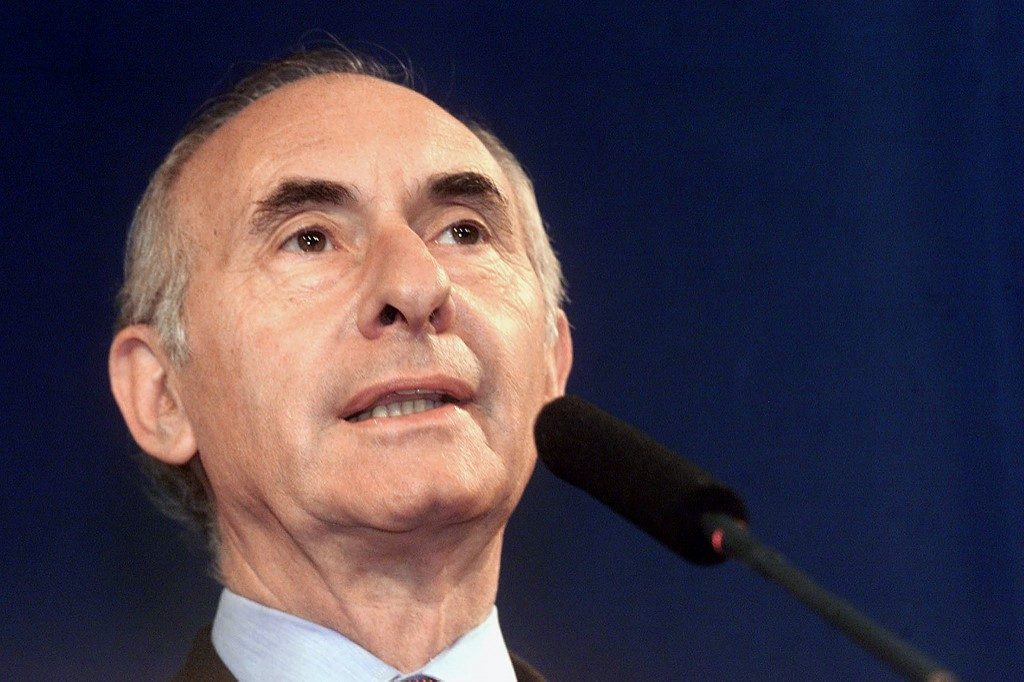 Facebook Twitter Copy URL
Copied
'I share in the pain of his family,' says President Mauricio Macri, in announcing his death. 'His democratic journey deserves recognition by all Argentinians.'

BUENOS AIRES, Argentina – Argentine former head of state Fernando de la Rua – who was famously evacuated by helicopter from the presidential palace during the 2001 economic crisis – died Tuesday, July 9, in Buenos Aires at the age of 81.

“I share in the pain of his family,” said President Mauricio Macri, in announcing his death. “His democratic journey deserves recognition by all Argentinians.”

De la Rua, who served from 1999 to 2001, died Tuesday at dawn in a clinic in the capital where he had been hospitalized with heart and kidney problems, according to local media.

His brief presidency was engulfed by Argentina’s worst ever economic crisis, a severe recession that set off bank runs and deadly street riots.

More than 30 people were killed in the rioting, including 5 in and around the Plaza de Mayo in central Buenos Aires, scene of violent clashes in the final days of de la Rua’s presidency.

De la Rua responded by declaring a state of emergency on December 19, 2001, but it failed to stop the riots and his cabinet resigned.

Unable to form a new government, the embattled president submitted his resignation to Congress the next day, lifting the state of emergency as his last official act and flying from the Casa Rosa presidential palace by helicopter.

Argentina then defaulted on its public debt, setting it adrift for several years until its economy gradually recovered, thanks to a cheap peso and booming demand for its agricultural exports. – Rappler.com