Epstein paid off suspected co-conspirators to ‘influence’ them – reports 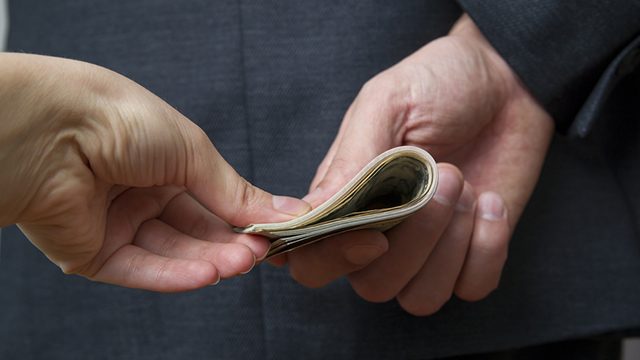 Facebook Twitter Copy URL
Copied
'This course of action, and in particular its timing, suggests the defendant was attempting to further influence co-conspirators who might provide information against him in light of the recently re-emerging evaluations,' prosecutors say

WASHINGTON, USA – Jeffrey Epstein, the financier charged with sexually abusing young girls in a case that led to the resignation of the US labor secretary, was accused Friday, July 12, of paying off possible co-conspirators to “influence” them, US media reported. (READ: U.S. billionaire arrested on sex trafficking charges – reports)

New York prosecutors said they had obtained financial records showing Epstein wired $350,000 to possible co-conspirators in his misdeeds, just days after reports broke of a secret plea deal he negotiated a decade ago, news reports said.

“This course of action, and in particular its timing, suggests the defendant was attempting to further influence co-conspirators who might provide information against him in light of the recently re-emerging evaluations,” prosecutors said in a filing arguing that Epstein should remain behind bars until trial.

Prosecutors said the financier made two payments, one for $100,000 and another for $250,000, to a pair of suspected co-conspirators, who were not named.

Prosecutors sought to demonstrate he had a history of trying to obstruct inquiries into his actions, in order to keep him in jail pending trial.

According to prosecutors, Epstein sexually exploited dozens of underage teenage girls at his homes in Manhattan and Palm Beach, Florida, between 2002 and 2005. Some were as young as 14.

US Labor Secretary Alex Acosta resigned Friday amid a backlash over Epstein’s 2009 secret plea deal he negotiated while he was a Florida federal prosecutor.

The deal required Epstein to admit to a single state charge of soliciting prostitution from a minor and register as a sex offender. He served just 13 months in a county jail. – Rappler.com