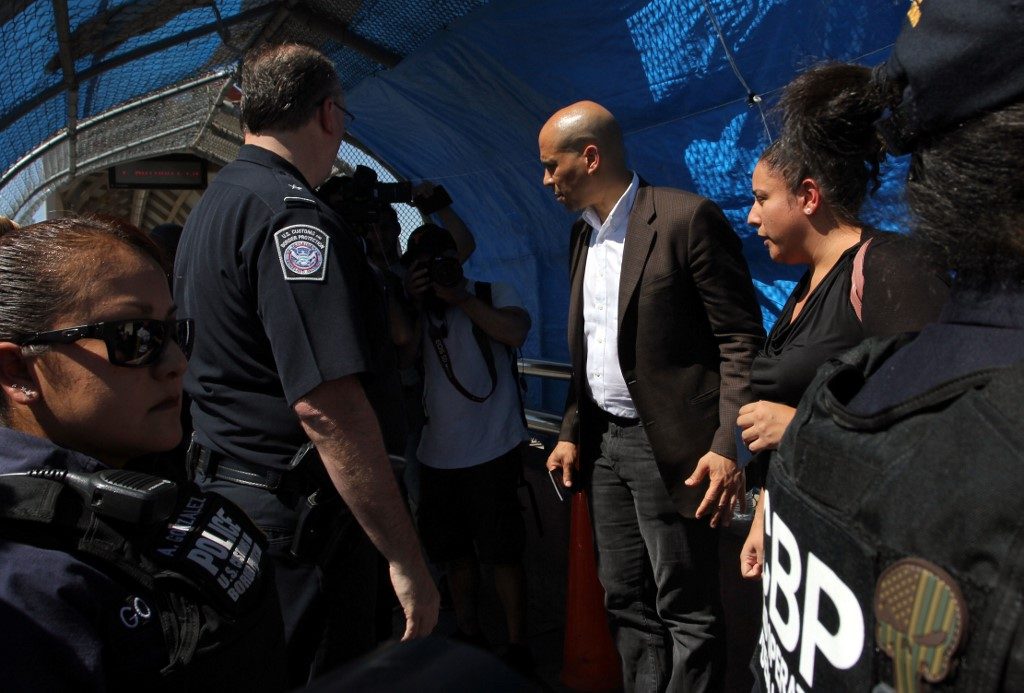 Facebook Twitter Copy URL
Copied
A new rule redefining asylum eligibility – to take effect on July 16 – is the latest attempt to stem the flow of undocumented migrants into the country, and comes amid White House frustration at Congress's failure to change asylum laws

WASHINGTON, DC, USA – The Trump administration moved on Monday, July 15, to block most migrants who cross the US southern border after passing through Mexico from seeking asylum.

A new rule redefining asylum eligibility – to take effect on Tuesday, July 16 – is the latest attempt to stem the flow of undocumented migrants into the country, and comes amid White House frustration at Congress’s failure to change asylum laws.

“The United States is a generous country but is being completely overwhelmed by the burdens associated with apprehending and processing hundreds of thousands of aliens along the southern border,” Attorney General Bill Barr said in a statement.

“This rule will decrease forum shopping by economic migrants and those who seek to exploit our asylum system to obtain entry to the United States,” Barr added.

The White House’s new rule targets the recent stream of hundreds of thousands of migrants from Central America and other countries who have tried to cross into the United States from Mexico and request asylum to gain a foothold inside the country.

These requests – increasingly made by families claiming to flee endemic violence and poverty in their countries – allow the applicants to remain in the United States and to move around freely while their cases are adjudicated, which can take two years.

Many disappear into the country and never appear for their cases, immigration officials say.

“Until Congress can act, this interim rule will help reduce a major ‘pull’ factor driving irregular migration to the United States… leading to fewer individuals transiting through Mexico on a dangerous journey,” McAleenan said. (READ: As U.S. agents prepare to arrest ‘thousands,’ migrants live in fear)

The rule includes exceptions for people who can demonstrate they are victims of torture or persecution, but US immigration officials have made clear they consider most of the recent migrants from Central America to be economic migrants, and thus not qualified for asylum. – Rappler.com