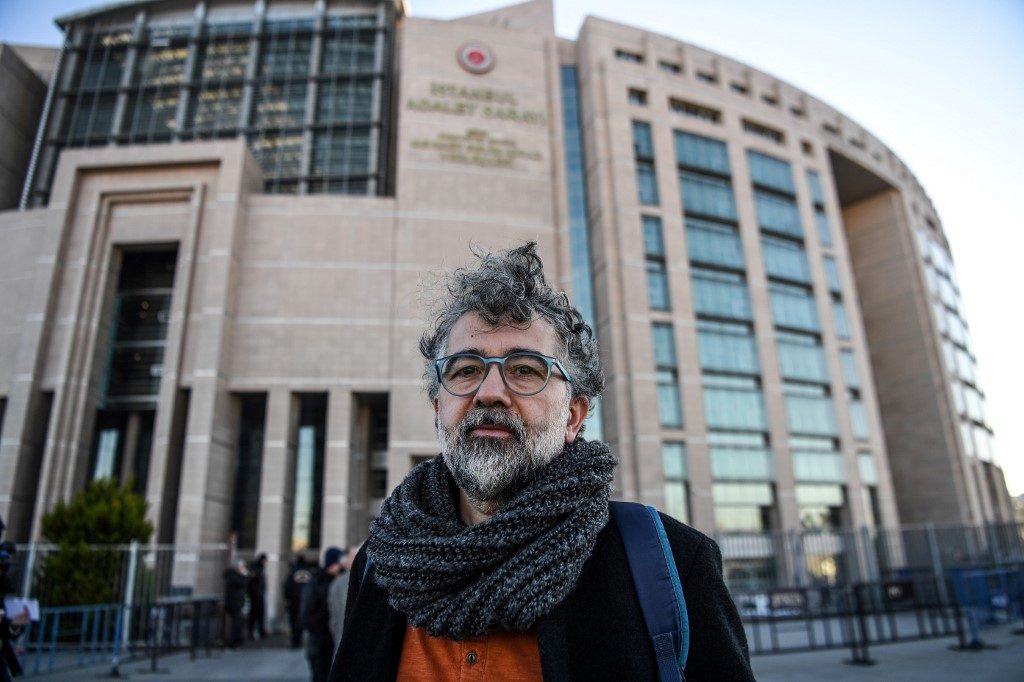 ISTANBUL, Turkey – An Istanbul court on Wednesday, July 17, acquitted the Turkey representative for Reporters Without Borders (RSF) and two other campaigners on charges of making “terror propaganda” for Kurdish militants, an Agence France-Presse correspondent said.

Only Fincanci attended the hearing while Onderoglu and Nesin were abroad.

They were accused of making “terror propaganda” on behalf of the outlawed Kurdistan Workers’ Party (PKK) after guest-editing pro-Kurdish Turkish newspaper Ozgur Gundem.

The newspaper was raided and permanently shut down in August 2016, accused of links with the PKK which has waged an insurgency against the Turkish state since 1984.

The 3 campaigners were detained for a short period in 2016, and can now apply for financial compensation for time spent in jail.

The case triggered international alarm over press freedom in Turkey with activists claiming the climate for media had deteriorated under President Recep Tayyip Erdogan.

RSF said on Twitter it was “deeply relieved” by the acquittals but called for another trial due to begin against Onderoglu later this year to be scrapped.

“Three years of absurd proceedings was already a form of unjust punishment. AND a new trial against Erol will start on 7 November. These charges must be dropped!” RSF said.

After the acquittal, Fincanci told AFP that she was “very surprised.”

“I don’t know how to react! Unfortunately we spent an unnecessary amount of time in jail, it’s a shame,” she said, adding: “It was the only decision possible, but there should not have been a trial in the first place.”

RSF chief Christophe Deloire said on Twitter that the verdict was a “great victory for justice and press freedom, both of which are violated on a daily basis… It represents a huge hope for all the journalists who remain arbitrarily detained.”

RSF ranks Turkey 157th out of 180 countries for press freedom.

The P24 press freedom website says 140 journalists are behind bars in Turkey, most of them detained under a two-year state of emergency imposed after a failed coup in 2016. – Rappler.com