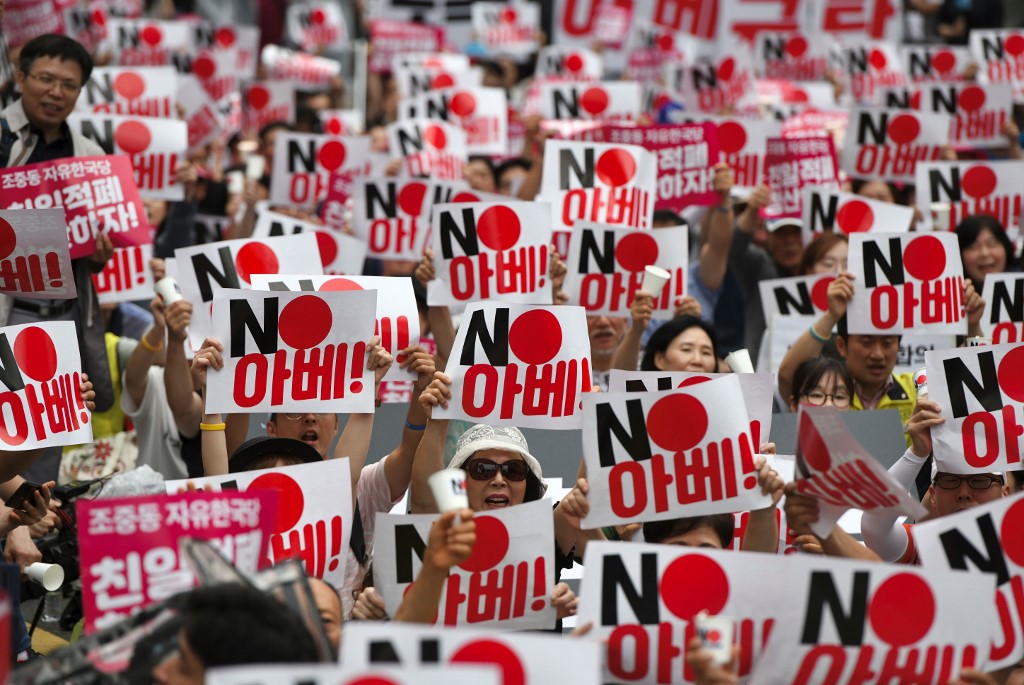 SEOUL, South Korea – The foreign ministers of South Korea and Japan will meet this week, Seoul said Wednesday, July 31, as a long-running diplomatic row develops into a bitter trade spat between the two US allies.

Japan this month unveiled tough restrictions on exports of chemicals vital to Seoul’s world-leading chip and smartphone industry, in an escalation of a decades-long dispute over Japanese forced labor during World War II.

Tokyo has also threatened to remove South Korea from its “white list” trade status as early as Friday, in a move that could affect hundreds of key items imported to the South.

It did not elaborate on what will be discussed at the talks, which will be their first since Japan’s announcement.

South Koreans have launched a nationwide boycott of Japanese products ranging from beer and clothes to cosmetics, and the country’s top two air carriers – Korean Air and Asiana – have announced cuts in flights to Japan due to falling demand.

Japan and South Korea are both democracies, market economies and US allies, but their relationship has been strained for decades as a result of Tokyo’s brutal 1910-45 colonial rule over the Korean peninsula.

Tokyo argues that compensation claims related to the issue were settled by the treaty that normalised relations in 1965, which included a reparations package of grants and cheap loans. – Rappler.com