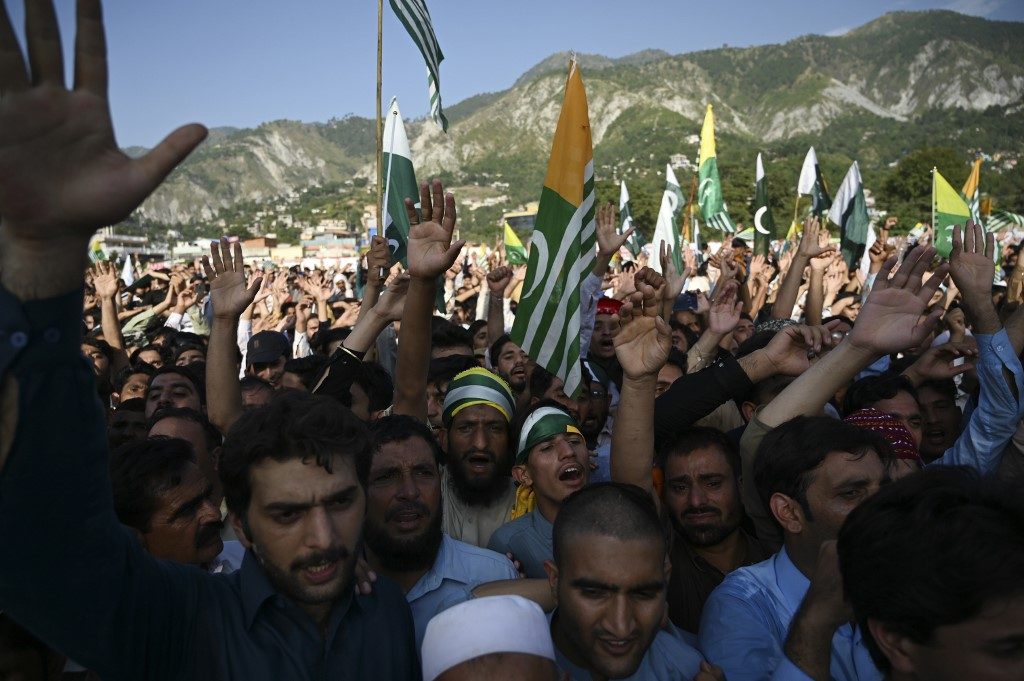 Khan, speaking to a crowd of around 3 thousand supporters at a rally in Pakistani-administered Kashmir, warned that Modi’s move on August 5 would have repercussions beyond the disputed Himalayan territory.

“When you give a message to 200 million Indian Muslims that India is only for Hindus, you will push them to violence,” he warned.

“I particularly want to give a message from here to you, Narendra Modi, that only a cowardly man would suppress people” as India has done in Kashmir, he told the flag-waving, chanting crowd.

“I will attend the UN General Assembly next week and God willing will not disappoint the Kashmiri people. I will take a stand there that no one has ever taken.”

He also insisted that Pakistan does not want to go to war with India again – but said Islamabad will respond to any hostility.

The nuclear-armed neighbors have fought 3 wars since independence in 1947, two of them over Kashmir, which they both administer in part.

Tensions have spiralled since New Delhi’s move on its side of the de facto border – the Line of Control – to change the status of the territory, with Pakistan repeatedly likening Modi to Hitler and calling for international intervention.

For weeks on the Indian side, security forces severely restricted movement and cut mobile phone services and the internet, severing communication with millions under lockdown in Kashmir.

Thousands of people are believed to have been arrested in recent weeks by Indian authorities, while extra troops have been deployed to reinforce the 500,000 soldiers already stationed in one of the most militarized places on the planet.

The crackdown has also spread fear among Pakistani Kashmiris with families on the Indian side.

Earlier this week, Pakistani Kashmiris who had been visiting family members in the Indian-administered part when the clampdown began told Agence France-Presse (AFP) how they had been stranded, caught in Delhi’s security dragnet for weeks until authorities allowed them to go home.

They were distraught at leaving their relatives behind to face an uncertain future.

“Nobody knows what will happen to them next… There is desperation among the people,” Muhammad Sadiq, who went to Indian Kashmir to mourn the death of his brother, told AFP recently.

“Our relatives are angry… They believe that India is becoming anti-Muslim. It wants to become a Hindu state.” – Rappler.com