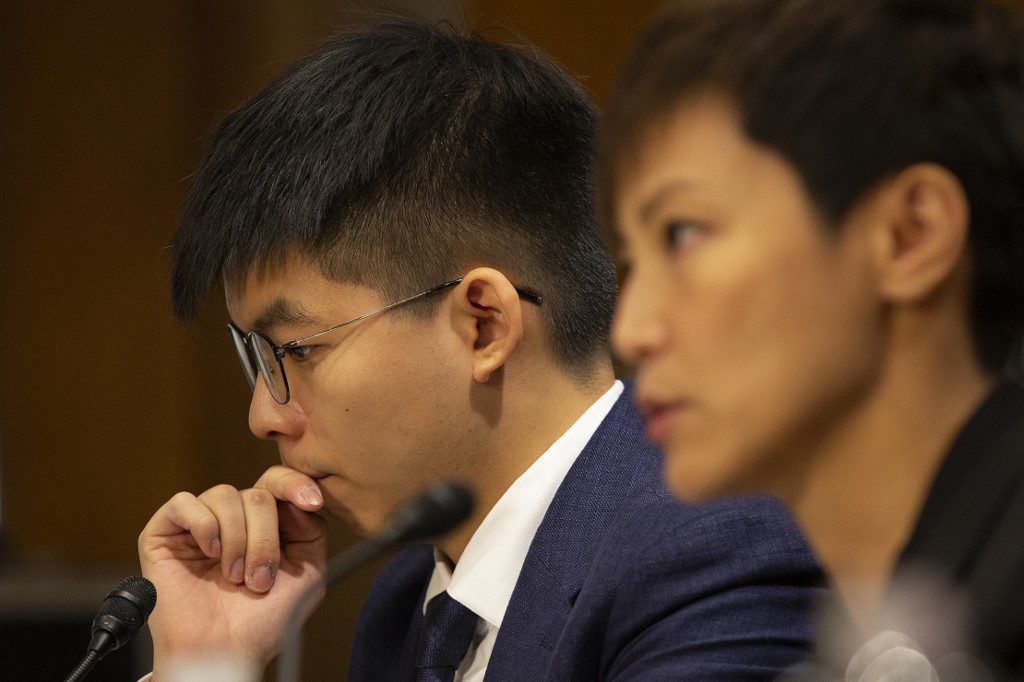 WASHINGTON DC, USA – Leaders of Hong Kong’s pro-democracy movement on Tuesday, September 17, appealed directly to US lawmakers to exert pressure on Beijing, warning that an erosion of the city’s special status would embolden China’s leaders around the world.

In an appearance likely to infuriate Beijing, young people at the forefront of Hong Kong’s mass protests testified before a congressional commission in Washington in support of US legislation aimed at defending Hong Kongers’ civil rights.

“This is not a plea for so-called ‘foreign interference,’ nor for Hong Kong independence,” said Cantopop star Denise Ho, whose music has been banned in mainland China for her activism.

Ho said China’s clampdown in Hong Kong – where a bid by its leaders to allow extraditions to the mainland ignited a mass movement in opposition – was a test for all who believe in a world that is “free, open and civil.”

“If Hong Kong falls, it would easily become the springboard for the totalitarian regime of China to push its rules and priorities overseas, utilizing its economic powers to conform others to their communist values,” she said.

The hearing is examining a proposal that would end Hong Kong’s special trading status unless the State Department each year certifies that the city’s authorities are respecting human rights and rule of law.

“Beijing shouldn’t have it both ways, reaping all the economic benefits of Hong Kong’s standing in the world while eradicating our sociopolitical identity,” said 22-year-old Joshua Wong, who has become a signature face of the protests.

“As I speak, Hong Kong is standing at a critical juncture. The stakes have never been higher,” he said.

He warned that Chinese President Xi Jinping may take harsher action before next month’s 70th anniversary of communist China.

“Sending in the tanks remains irrational, though not impossible,” Wong said.

Wong warned that a baby born today would be 28 in 2047 – the date when China’s promise with colonial ruler Britain to allow “one country, two systems” expires.

“That deadline is closer to us than it appears; there’s no return,” Wong said.

“I hope that historians will celebrate the United States Congress for having stood on the side of Hong Kongers, the side of human rights and democracy,” he said.

Hong Kong protesters have rallied outside the US consulate in a bid to gain international support.

President Donald Trump’s administration, however, has taken a low profile, with some analysts saying that a vocal US stance could feed Beijing’s attempts to brand the protesters as foreign agitators. – Rappler.com