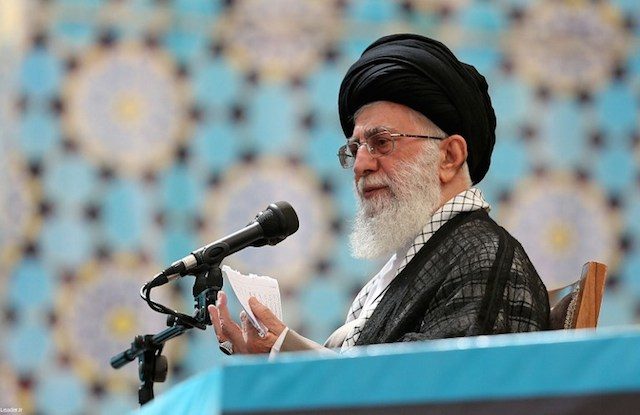 “The Europeans present themselves as mediators and say many things, but they are all hollow,” Ayatollah Ali Khamenei said in a statement on his official website.

A landmark 2015 deal that put curbs on Iran’s nuclear program in exchange for sanctions relief has been on life support since May last year when President Donald Trump withdrew the US from it and reimposed sanctions.

The remaining parties to the deal with Iran – Britain, China, France, Germany and Russia – have tried to salvage the accord, but Tehran has repeatedly accused Europe of not doing enough.

“The very people who did the negotiations now say that the Europeans have not acted on any of their commitments, and this is the strongest reason not to trust them over anything,” Khamenei said.

His remarks follow a failed European push led by French President Emmanuel Macron to arrange a meeting between Trump and Iranian President Hassan Rouhani on the sidelines of the UN General Assembly in New York this week.

At the same time the European parties to the nuclear deal, alongside the US and Saudi Arabia, have blamed Iran for this month’s attack on Saudi oil infrastructure.

Tehran denies responsibility for the attacks, which have been claimed by Yemen’s Iran-backed Huthi rebels.

Addressing the UN General Assembly on Wednesday, Rouhani ruled out a meeting with Trump as long as the US maintains its economic pressure.

Khamenei went further, tweeting that the “doors are open to interaction, negotiation with all countries of the world except Zionist regime & U.S.” – Rappler.com