Search for 7 seamen missing in Atlantic to be scaled down 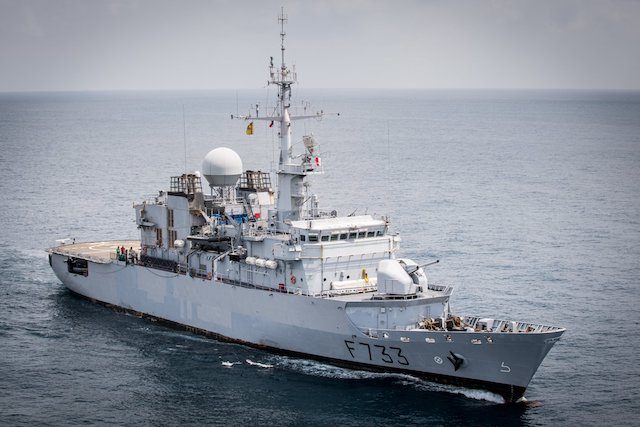 Facebook Twitter Copy URL
Copied
The Luxembourg-flagged Bourbon Rhode ran into difficulty some 1,200 nautical miles from the French Caribbean island on September 26 as it sailed into hurricane Lorenzo, and was later confirmed to have sunk

FORT-DE-FRANCE, France – An operation to find a missing crew since their vessel sank off Martinique will be scaled down as no bodies have been found for several days, authorities said Saturday, October 5.

The Luxembourg-flagged Bourbon Rhode ran into difficulty some 1,200 nautical miles from the French Caribbean island on September 26 as it sailed into hurricane Lorenzo, and was later confirmed to have sunk.

A major search operation was launched for the 14 people on board the tug supply vessel. Three crew members who had made their way onto a lifeboat were rescued two days later.

One was found dead shortly afterwards, and another three on Monday and Tuesday.

But “since Tuesday, October 1, no bodies have been found. After a week of searching, the survival time for a man in the sea, even well-equipped, is well over”, the Martinique prefecture said in a statement.

The crew were mostly Ukrainian, but also included a Croatian captain, a Russian, a South African and a Filipino.

The search area, 110,000 square kilometers (42,000 square miles), lies in the middle of the Atlantic, three days and 17 hours boat from Martinique, and more than three hours by plane from Cape Verde in west Africa.

It planned to issue regular messages to ships passing through the region to be on the lookout for the seamen.

The ship had passed near the eye of Lorenzo, a category 4 hurricane that produced waves as high as 10 meters (30 feet), according to the survivors.