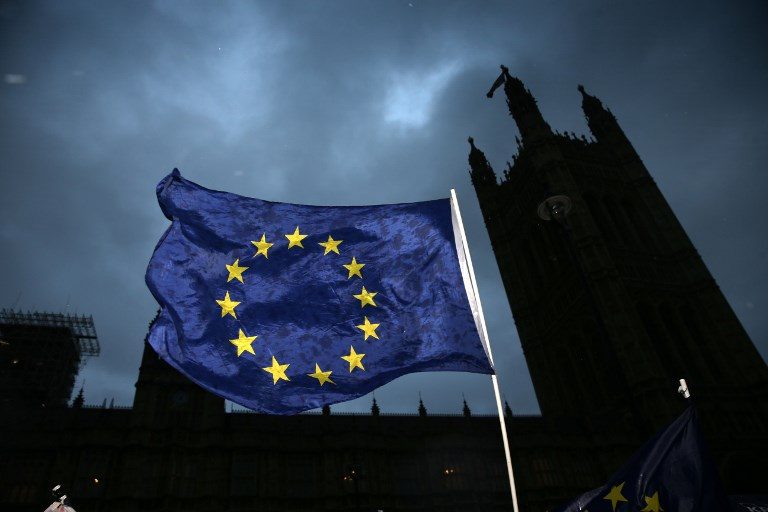 Facebook Twitter Copy URL
Copied
With no draft deal on the table before the October 17 meeting, Britain and Europe will face either a chaotic break-up or yet another Brexit delay

And, with no draft deal on the table before the October 17 meeting, Britain and Europe will face either a chaotic break-up or yet another Brexit delay.

Prime Minister Boris Johnson has insisted he will not ask to postpone Britain’s planned October 31 departure from the European Union.

But he may be forced to do so by a British law passed to prevent a potentially economically calamitous no-deal divorce, with European negotiators warning time is running out.

But both heard that the latest British plans to impose alternative customs arrangements on Northern Ireland, to be reviewed every 4 years by the provincial assembly, is unlikely to convince.

“I think we all agree we need a workable solution now and not something based on untried and revokable arrangements that would be left to negotiation during the transition period,” EU spokeswoman Mina Andreeva said.

“As we have also recalled, the UK proposals presented last week do not meet at present the objectives of the protocol on Ireland and Northern Ireland,” she said, referring to negotiating terms agreed in 2017.

“This is also the shared view of European Parliament, but also all member states,” she added.

Meanwhile, after a “frank and honest” discussion with Barclay, Dutch foreign minister Stef Blok said “more realism and clarity” would be needed if this week’s talks are to go much further.

And, in an interview with Le Monde, chief EU negotiator Michel Barnier warned that if London “does not come back with new proposals on the two serious problems we have indicated to them, I cannot see how we can move forward.”

Despite the divisions, Frost is still meeting with EU officials for technical talks, but doubts remain that a workable Brexit deal text will be available by Friday, October 11.

If it is not, European officials warn, there will be no time to get member states to sign off on it before October 17 and 18, the last scheduled European summit before Brexit day.

Britain insists its offer represents significant concessions and now the EU must show similar flexibility, but Brussels is adamant it will not agree to any plan that undermines its single market or leaves Ireland exposed.

In London, a Number 10 spokesman said: “We are ready to talk with the EU at a pace to secure a deal so that we can move on and build a new partnership between the UK and the EU.

“But if this is to be possible the EU must match the compromises that the UK has made,” he warned.

On Sunday, October 6, Barclay suggested London could be willing to soften its position on Northern Ireland, describing last week’s suggestion as “a broad landing zone” rather than a final take-it-or-leave-it offer.

But, during telephone talks with Johnson on Sunday, French President Emmanuel Macron made it clear that the EU would decide by the end of this week whether a deal is possible.

The British proposals submitted to Brussels last week center on how to manage the post-Brexit border between Northern Ireland and Ireland.

Johnson wants Northern Ireland’s devolved assembly – which has been suspended for almost 3 years – to vote every 4 years on whether to maintain EU rather than British regulations there.

He has also proposed the province leaves the EU’s customs union along with the rest of the UK, with checks on trade to rely on untried technology and to be carried out away from the sensitive border.

Brussels has said these plans are not a basis for an agreement.

Separately, British anti-Brexit campaigners failed to secure a court ruling forcing Johnson to seek an extension in the event of a no deal – but only because the Edinburgh Court of Session decided that the government had already made “unequivocal assurances” it would abide by the law. – Rappler.com