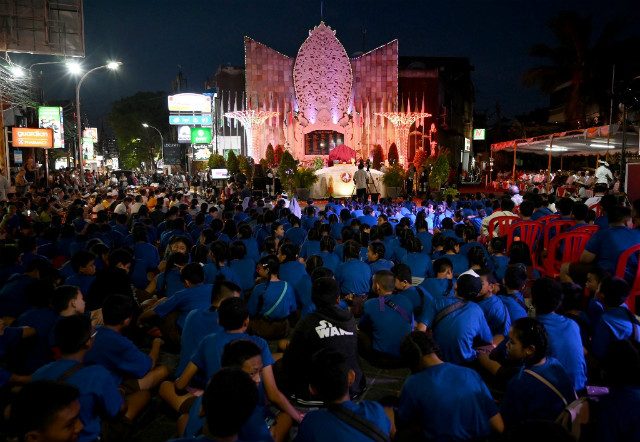 DENPASAR, Indonesia – Dozens of mourners on Saturday, October 12, commemorated the 17th anniversary of the Bali bombings that killed more than 200 people on the Indonesian resort island, as Islamic militant attacks continue to plague the country.

Grieving families and representatives from several embassies laid flowers and lit incense sticks at a memorial in the popular tourist hub Kuta, where radical Islamists detonated bombs in 2002.

A candlelight vigil was also being held to mark the country’s deadliest terror attack and remember the 202 victims – mostly foreign holidaymakers from more than 21 countries.

Local militant group Jemaah Islamiyah (JI) was blamed for the bombings, which took place at two popular night spots, which accounted for all the victims, and the US consulate.