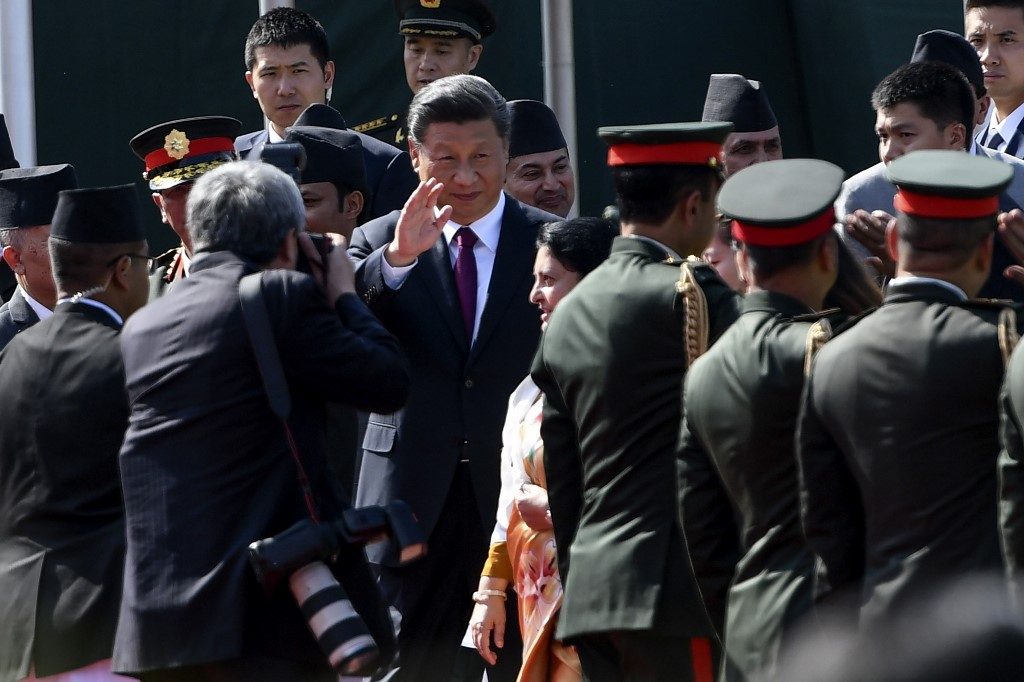 Facebook Twitter Copy URL
Copied
'Anyone who attempts to split any region from China will perish, with their bodies smashed and bones ground to powder,' Xi Jinping says, according to China's foreign ministry

BEIJING, China – President Xi Jinping has warned that any attempts to split China would result in “bodies smashed and bones ground to powder”, amid 4 months of anti-Beijing unrest in Hong Kong.

Xi issued the dire message during a weekend visit to Nepal, according to a foreign ministry statement released on Sunday, October 13.

“Anyone who attempts to split any region from China will perish, with their bodies smashed and bones ground to powder,” Xi said, according to the ministry.

“Any external forces that support the splitting of China can only be regarded as delusional by the Chinese people,” he said.

While Xi did not mention any region by name, his comments came as riot police and pro-democracy protesters clashed again in Hong Kong on Sunday and amid tensions with self-ruled Taiwan.

China has accused “external forces” of fuelling unrest in the semi-autonomous city, a former British colony that enjoys rights unheard of in the mainland, such as freedom of speech.

The protests were sparked by opposition to a now-scrapped proposal to allow extraditions to mainland China, but have since morphed into a larger movement for democracy and police accountability.

There have been concerns that China could send in troops to put an end to the unrest, but Beijing has so far said it believes Hong Kong’s police force is capable of handling the protests.

Few analysts believe Beijing would risk international condemnation by repeating its 1989 crackdown on pro-democracy demonstrators in Tiananmen Square, when it deployed tanks and troops to quash the uprising, leaving hundreds, perhaps more than 1,000, dead.

Beijing has also hardened its stance with democratic Taipei since President Tsai Ing-wen was elected in 2016, as her government refuses to acknowledge that Taiwan is part of “one China.”

Taiwan has ruled itself since the end of a civil war in 1949, but China views the island as its territory and has vowed to seize it – by force if necessary.

Another sovereignty flashpoint is Tibet. Nepal is home to around 20,000 exiled Tibetans, but under pressure from Beijing the current communist government has taken an increasingly hardline stance on their activities.

Nepalese Prime Minister K.P. Sharma Oli told Xi that his country, which borders Tibet, would “never allow any forces to use Nepalese territory for anti-China separatist activities”, according to the foreign ministry statement.

Yet another source of tension is US criticism of Beijing’s security crackdown in the northwest region of Xinjiang, where more than one million mostly Muslim minorities are believed to be held in internment camps.