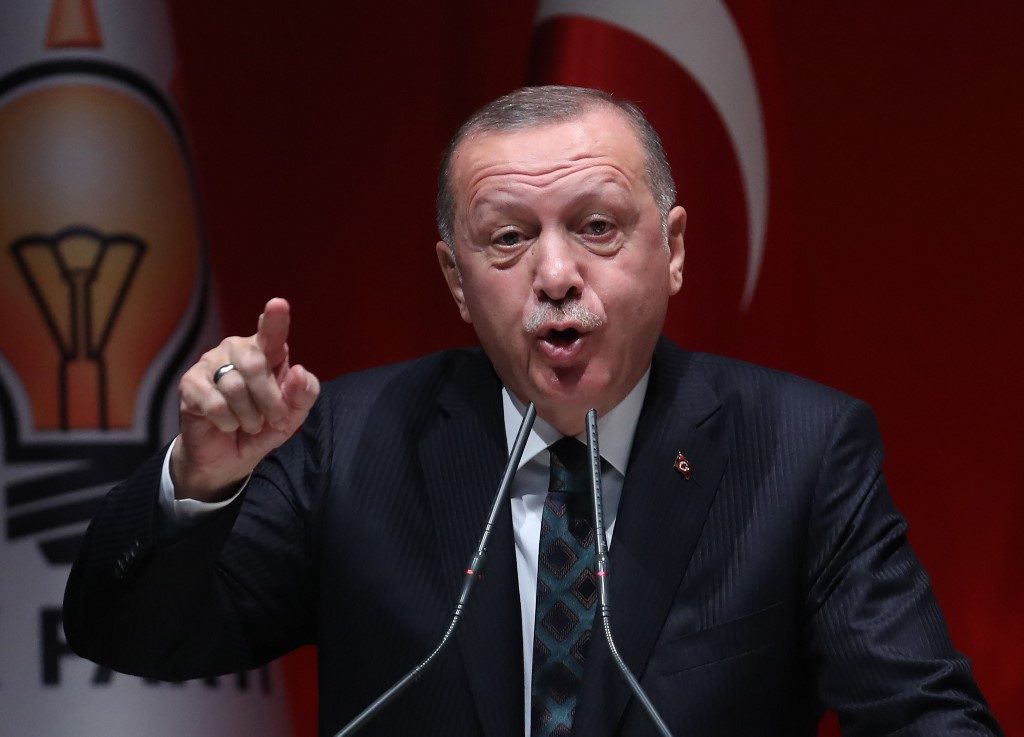 “We will ensure that no ISIS (Islamic State) fighters leave northeastern Syria,” Erdogan wrote in the Wall Street Journal.

But he added that Western countries were hypocritical to worry that Turkey’s operation against Kurdish militants risked a mass escape of jihadists.

“The same countries that lecture Turkey on the virtues of combating ISIS today, failed to stem the influx of foreign terrorist fighters in 2014 and 2015,” Erdogan wrote.

The United States slapped sanctions on Turkey Monday as it demanded an end to the military operation, accusing its NATO partner of putting civilians at risk and allowing the release of extremists.

Kurdish authorities claim the Turkish assault makes it difficult to maintain security at their detention centers.

They say 800 IS family members escaped a camp at Ain Issa on Sunday, and 5 jihadists broke out of another prison on Friday.

Turkey says Kurdish forces have deliberately set free detainees “to fuel chaos in the area”. Some relatives of ISIS family members have made the same claim to AFP.

Ankara has vowed to take control of all detention centres in its operational area.

“We are prepared to cooperate with source countries and international organizations on the rehabilitation of foreign terrorist fighters’ spouses and children,” Erdogan wrote in the Wall Street Journal editorial. – Rappler.com