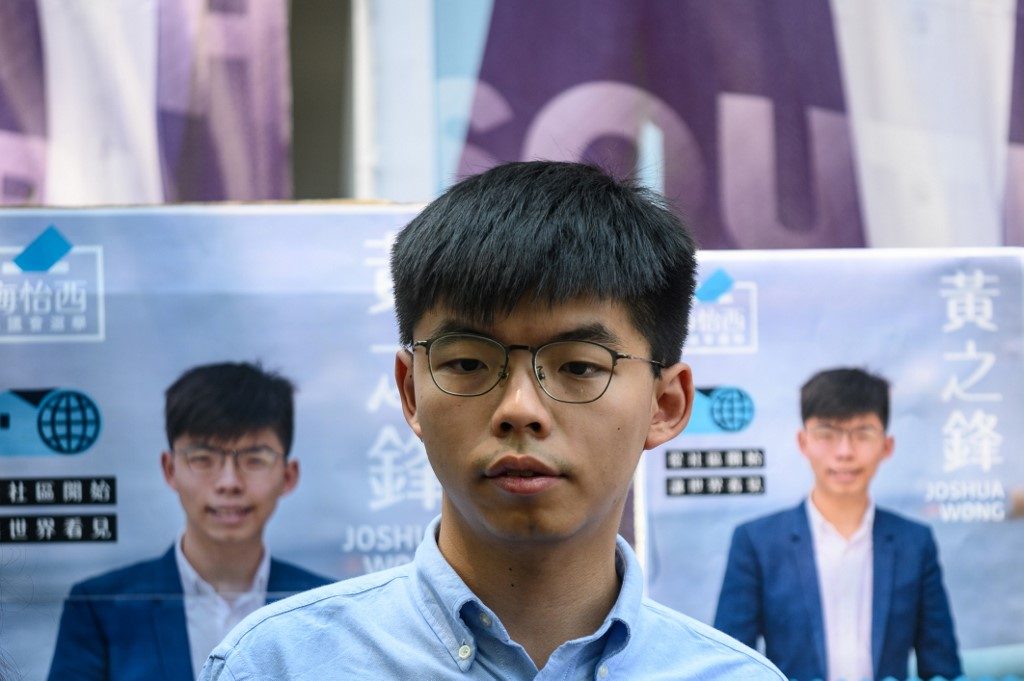 HONG KONG, China – Hong Kong democracy activist Joshua Wong said Tuesday, October 29, he had been barred from standing in an upcoming local election, after months of protests in the city.

“I strongly condemn the government for conducting political screening and censorship, depriving me of my political rights,” he said in a statement on his Facebook page.

Wong said he was disqualified from running in November’s poll after an election officer ruled his nomination invalid.

In response to media enquiries, a government spokesman said Wong’s nomination was declared invalid as he advocates “self-determination” for Hong Kong, which is inconsistent with the Basic Law, the city’s mini-constitution.

“The candidate cannot possibly comply with the requirements of the relevant electoral laws,” the spokesman added.

Hong Kong has been battered by nearly 5 months of huge and frequently violent pro-democracy protests which Beijing and its local leaders have taken a hard line against.

Millions have hit the streets, with hardcore activists clashing repeatedly with police, in the biggest challenge to China’s rule since the city’s handover from Britain in 1997.

The 22-year-old Wong became the poster child of the huge pro-democracy “Umbrella Movement” protests of 2014 that failed to win any concessions from Beijing and is one of the most well-known pro-democracy figures in Hong Kong today. – Rappler.com