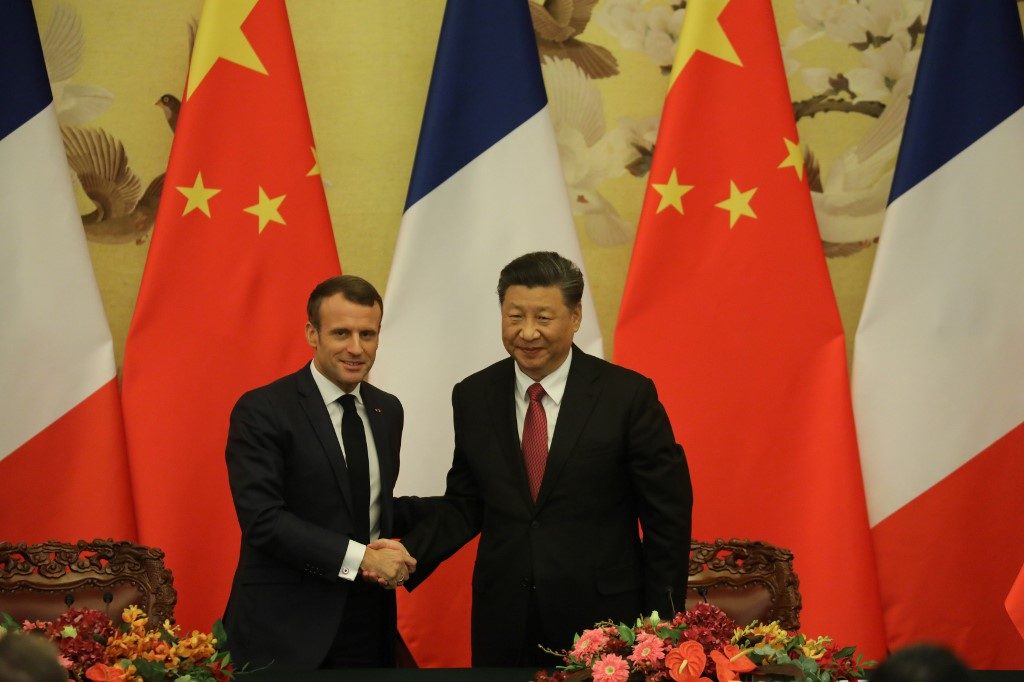 BEIJING, China – Chinese leader Xi Jinping and French President Emmanuel Macron declared on Wednesday, November 6, that the Paris climate pact is “irreversible”, after the United States formally withdrew from the accord this week.

Major powers expressed regret and concern after President Donald Trump went ahead with the pullout despite mounting evidence of the reality and impact of climate change.

Washington presented its withdrawal letter to the United Nations on Monday, November 4, the first possible date under the accord negotiated by Trump’s predecessor Barack Obama, making the world’s largest economy the sole outlier from the agreement.

In a joint statement released after Xi and Macron held talks in Beijing, the two leaders reaffirmed “their firm support for the Paris accord which they consider as an irreversible process and a compass for strong action on climate”.

Without directly naming the US, Macron said he “deplores the choices made by others” as he sat next to Xi following the talks. – Rappler.com