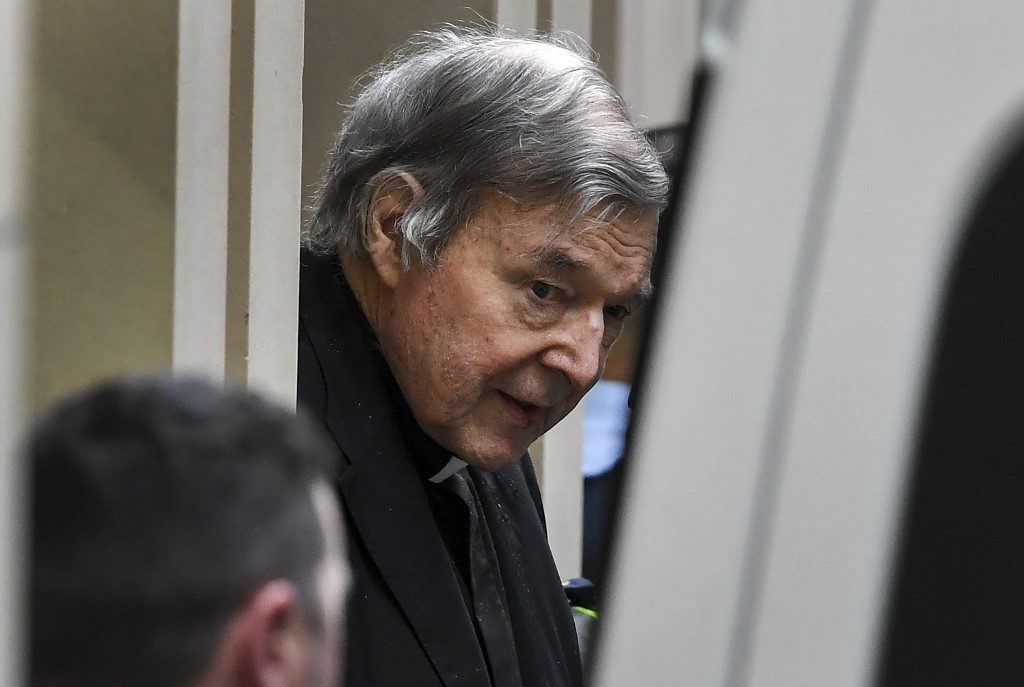 Facebook Twitter Copy URL
Copied
No date is set for the appeal hearing, but it is not expected before 2020

The 78-year-old former Vatican treasurer is currently serving a six-year jail sentence for molesting two 13-year-old choirboys in a Melbourne cathedral in the 1990s, but continues to deny any wrongdoing.

Justice Michelle Gordon – in a statement that took less than a minute to read and gave no hint of the deep emotions stirred by Pell’s case – said Australia’s High Court had granted Pell “special leave to appeal.”

The veteran judge said the case would “be referred to a full court of this court for argument”.

No date was set for the appeal hearing, but it is not expected before 2020.

Pell is the most senior Catholic to be locked up as a swathe of child abuse cases against clergy around the world are brought.

Cathy Kezelman of victim support group the Blue Knot Foundation, said lengthening the legal process would only cause “further potential trauma” for the surviving victim and “many others who are watching and waiting”.

The father of the second victim, whose son died of a drug overdose in 2014, said he was “gutted” by the High Court decision.

Sydney Catholic Archbishop Anthony Fisher welcomed the ruling. “Many questions remain, and it is appropriate that these will be examined by our highest court,” he said in a statement.

The case will now come before the full court of up to seven justices, who could decide to — in effect — reverse Wednesday’s ruling, or allow the appeal to proceed.

“The case is exceptionally complex and the final outcome is difficult to predict,” said legal expert Ben Mathews of the Queensland University of Technology.

“If the appeal succeeds, the court can grant a new trial, or reverse or modify the prior judgment,” Mathews said. But if “the appeal fails, the convictions stand and no further appeal is possible.”

Pell lost a previous attempt to overturn his convictions in Victoria state’s Court of Appeal in August, but the judges split in a 2-1 in that landmark verdict.

Two of the judges said the sole surviving victim, a former choirboy now in his 30s was “very compelling” in his evidence and someone who “was a witness of truth”.

The third judge, however, found the victim’s account “contained discrepancies” and there was a “significant possibility” Pell did not commit the offences.

The cardinal’s legal team argued that the majority judges applied an “erroneous judicial method” in upholding the jury’s verdict that reversed the onus of proof onto him.

Pell and his supporters have staunchly maintained he did not commit the crimes, which came to light after one of the victims went to police when the other one died.

Pell, who once helped elect popes, was found guilty of abusing the two boys after catching them swigging from a bottle of sacramental wine in the sacristy following Sunday mass.

If his appeal fails Pell faces being defrocked and, given his reportedly poor health, it was argued in court that he may die before being released.

As the trial was conducted under a court-ordered veil of secrecy, the Vatican gradually removed him from top Church bodies with little explanation.

Pell is also facing multiple civil compensation suits, including from the father of the deceased choirboy. – Rappler.com