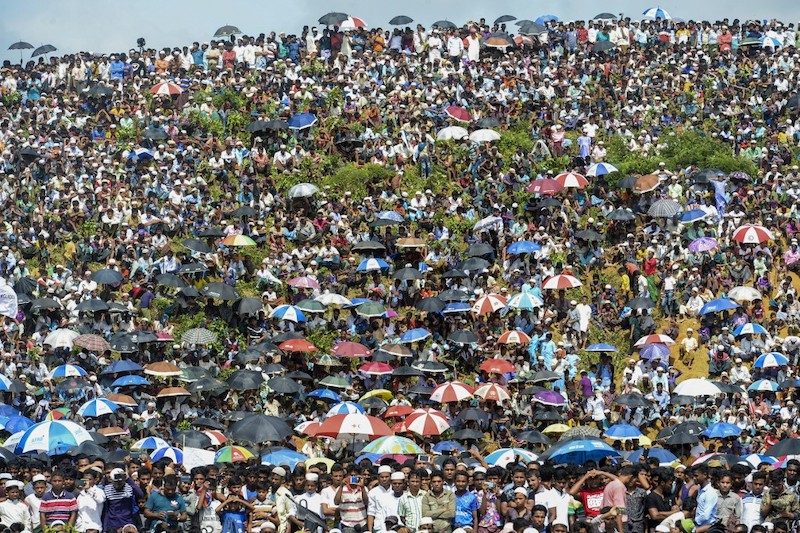 Facebook Twitter Copy URL
Copied
The probe will look at allegations of 'systematic acts of violence,' deportation as a crime against humanity, and persecution on the grounds of ethnicity or religion against the Rohingyas

THE HAGUE, Netherlands – The International Criminal Court (ICC) on Thursday, November 14, approved a long-awaited full investigation into Myanmar’s alleged abuse of Rohingya Muslims, including crimes against humanity and persecution.

The Hague-based war crimes court said in a statement it “authorized the prosecutor to proceed with an investigation for the alleged crimes within the ICC’s jurisdiction” relating to Myanmar.

The probe will look at allegations of “systematic acts of violence,” deportation as a crime against humanity, and persecution on the grounds of ethnicity or religion against the Rohingyas, it said.

The development ups pressure on Myanmar after it faced a separate genocide lawsuit earlier this week at the International Court of Justice – the UN’s top court – over its treatment of the Rohingya.

Myanmar launched a military crackdown in 2017 that forced 740,000 Rohingya to flee over the border into sprawling camps in Bangladesh, in violence that United Nations investigators say amounts to “genocide.”

Myanmar is not signed up to the ICC but the court ruled last year that it has jurisdiction over crimes against the Rohingya minority because Bangladesh, where they are now refugees, is a member.

Chief ICC prosecutor Fatou Bensouda was allowed to open a preliminary investigation on Myanmar in September 2018, and formally applied to begin a full-scale formal probe in July this year.

The court said a panel of judges on Thursday “authorized the commencement of the investigation in relation to any crime, including any future crime” committed against the Rohingyas. – Rappler.com