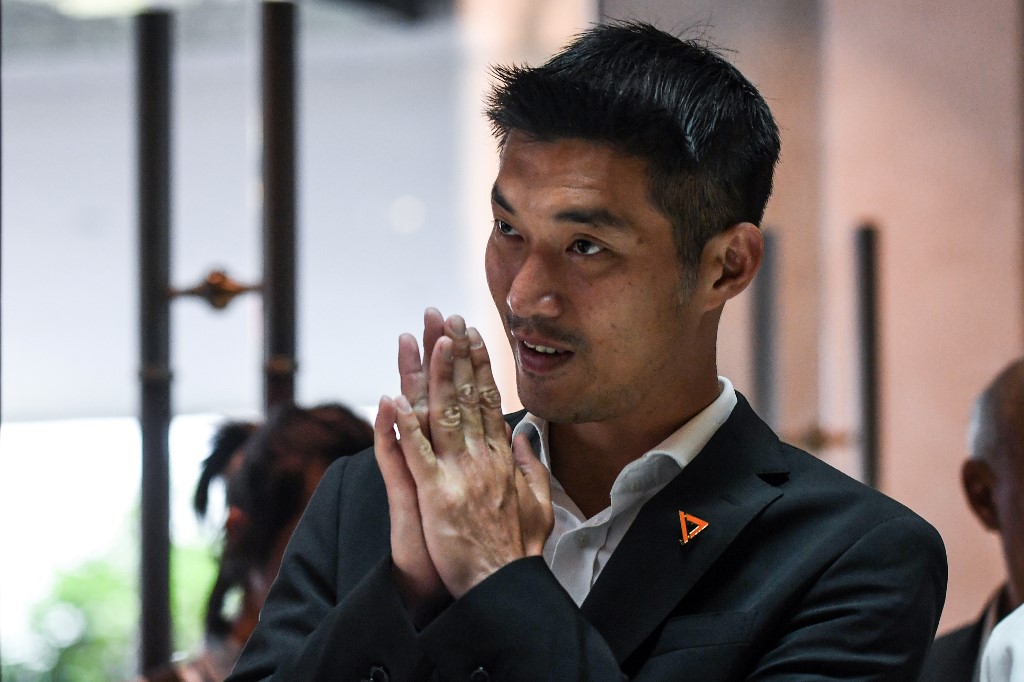 BANGKOK, Thailand – The billionaire frontman of Thailand’s anti-military bloc was stripped of his MP status on Wednesday, November 20, over a media shareholding case, a court ruling that could lead to him being banned from politics and jailed for up to 10 years.

The leader of the upstart Future Forward party, Thanathorn Juangroongruangkit, 40, shook up the country’s arch-royalist power structure when his party became the third-largest in March elections.

But he has battled legal cases since and was suspended from parliament earlier this year after accusations he held shares in a media company when he registered as a candidate.

He denied the charges and said they are politically motivated, but judges at the constitutional court ruled against him on Wednesday, calling his evidence “suspicious”.

His removal as an MP means that the Election Commission could bring criminal charges that carry serious penalties – including a political ban and imprisonment.

It also deals a gut punch to his party, which surged among young Thais after it called to purge the military from politics, end military conscription and slash defence spending.

Thanathorn has repeatedly insisted the 675,000 shares he held in V-Luck Media were sold to his mother on January 8 — weeks before he registered to run as a candidate.

But the court rejected the claim, saying there was no “official proof” that the transfer took place on that day.

Before walking into the court Thanathorn urged his supporters not to lose hope.

“Future Forward is the people, Future Forward must carry on,” he said to dozens of people waving the party’s signature orange flag and giving him flowers.

Thanathorn’s main rival is Thai premier Prayut Chan-O-Cha, a general who led the coup in 2014 and was voted in as civilian premier with the help of junta-appointed senators.

Future Forward has also come under fire for being a rare voice of criticism against Thailand’s royalist establishment.

The monarchy, one of the world’s richest and headed by King Maha Vajiralongkorn, is at the apex of Thai power.

Last month, 70 Future Forward MPs voted against a royal decree transferring two key army units to the direct control of the king — an unprecedented political objection to a royal command.

The decree still passed parliament with an overwhelming majority. – Rappler.com