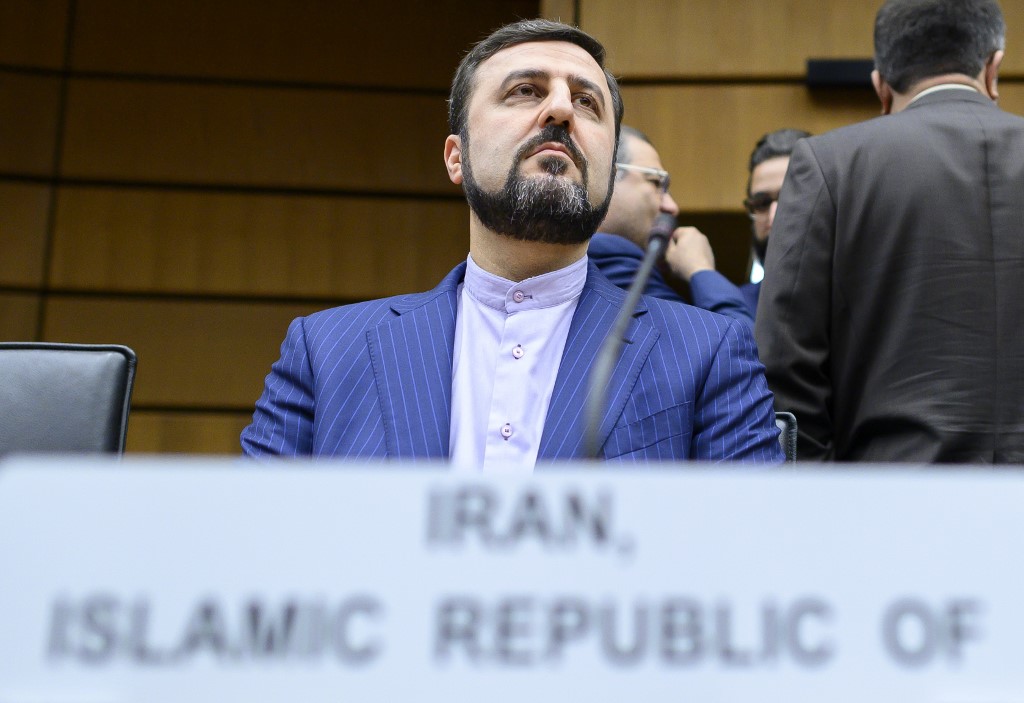 VIENNA, Austria – The UN nuclear watchdog on Thursday, November 21, urged Iran to explain the presence of uranium particles at an undeclared site, as a landmark deal aimed at curbing Tehran’s atomic activities threatens to collapse.

The International Atomic Energy Agency (IAEA) said in a report seen by the Agence France-Presse last week that its inspectors had “detected natural uranium particles of anthropogenic origin at a location in Iran not declared to the agency”.

The agency’s acting head Cornel Feruta told a press conference that an IAEA team of experts would meet Iranian officials in Tehran next week to discuss the matter, which Iran had so far failed to address “in the proper way”.

“The matter remains unresolved… It is essential that Iran works with the agency to resolve this matter promptly,” he said at a earlier meeting of the agency’s board of governors.

The particles are understood to be the product of uranium which has been mined and undergone initial processing, but not enriched.

While the IAEA has not named the site in question, diplomatic sources have previously said the agency asked Iran about a site in the Turquzabad district of Tehran where Israel has alleged secret atomic activity in the past.

Sources say the IAEA took samples from the site in the spring and that Iran has been slow in providing answers to explain the test results.

US ambassador to the IAEA Jackie Wolcott said in her statement to the board that it was “wholly unacceptable” that Iran had failed to address the matter, which has occupied the IAEA since January.

The 2015 deal between Iran and world powers has been faltering since last year when the United States pulled out and started to reinstate punishing sanctions on Tehran, leaving the other signatories struggling to salvage the agreement.

Over the past few months, Iran has breached several parts of the deal it signed with the US as well as Britain, China, France, Germany and Russia, in which it committed to scaling back its nuclear programme in exchange for sanctions relief.

The EU in its statement to the board of governors reiterated that it was “extremely concerned” by Iran’s actions in stepping up its uranium enrichment and other moves.

Enrichment is the process that produces fuel for nuclear power plants but also, in highly extended form, the fissile core for a warhead.

On Monday, the IAEA confirmed Iran’s stock of heavy water for reactors has surpassed the 130-tonne limit set under the agreement.

Heavy water is not itself radioactive but is used in nuclear reactors to absorb neutrons from nuclear fission.

Heavy water reactors can be used to produce plutonium for nuclear weapons as an alternative to enriched uranium.

Feruta also reiterated on Thursday that it was “unacceptable” that an IAEA inspector had been temporarily prevented from leaving Iran.

Iran has cancelled the inspector’s accreditation, saying she triggered a security check – used to detect explosives – at the entrance gate to the Natanz enrichment plant last month.

“We started our own preliminary analysis… There is no indication that would confirm this allegation” that she carried explosives, Feruta told reporters. – Rappler.com