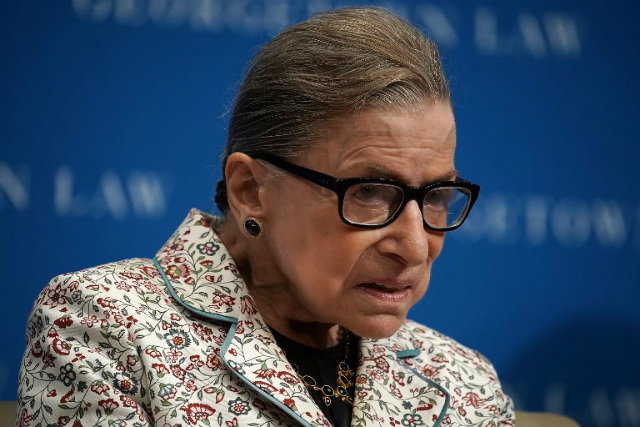 WASHINGTON, United States – Ruth Bader Ginsburg, the US Supreme Court’s eldest justice and a stalwart of its liberal wing, was admitted to the hospital with chills and fever, the court announced Saturday, November 23.

Her recent repeated health scares have sparked speculation about potential retirement, which would allow conservative US President Donald Trump to nominate a replacement.

As of late Saturday, however, her symptoms had abated and she “expects to be released from the hospital as early as Sunday morning,” the court said in a statement.

The 86-year-old was admitted to Johns Hopkins Hospital in Baltimore Friday night after initial evaluation at Sibley Memorial Hospital in Washington.

Ginsburg, who is one of four liberal justices on the court, was recovering thanks to “intravenous antibiotics and fluids,” the statement said.

In August she completed a three-week course of outpatient radiation therapy in New York for a localized malignant tumor on her pancreas.

She was treated for colon cancer in 1999, and a decade later, pancreatic cancer was caught at an early stage. In December 2018, she had two nodules removed from her lung.

US Supreme Court justices are appointed for life. She has repeatedly said she will only retire when she feels incapable of handling the workload.