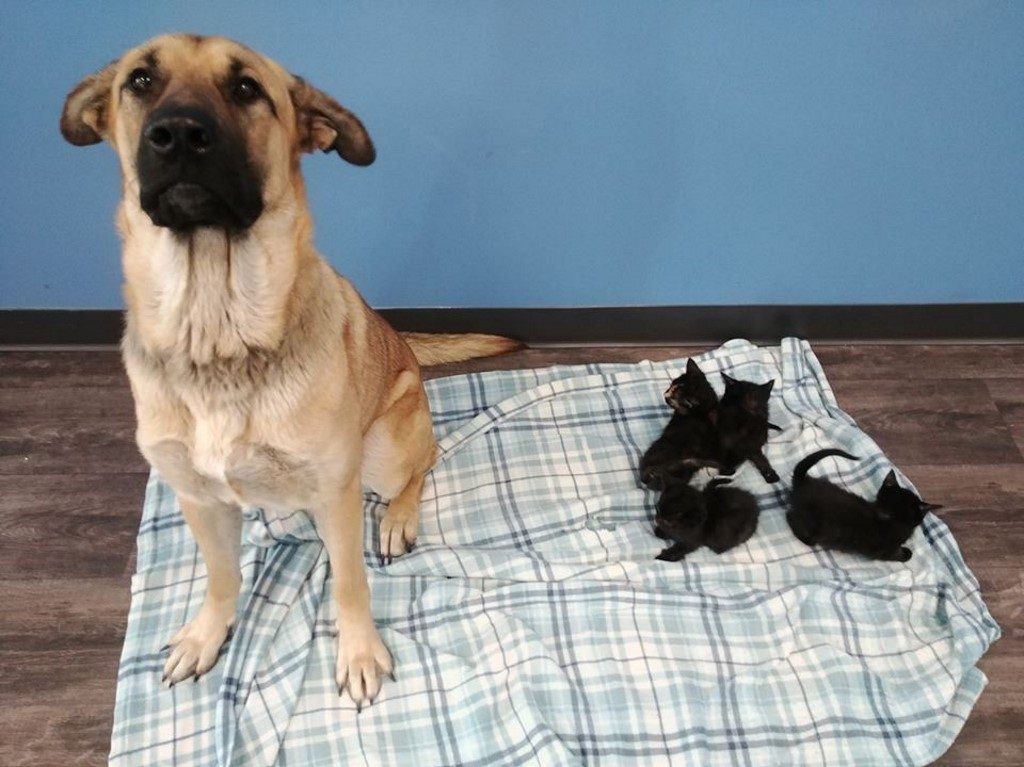 Facebook Twitter Copy URL
Copied
Serenity, a two-year-old female mongrel, snuggling 5 tiny black kittens in the dead of winter is a heartfelt story of survival and cross-species nurturing that has been widely shared on social media

OTTAWA, Canada – Good with cats: a stray dog found on the side of a road on a cold Canadian night keeping a litter of kittens warm needs a home.

The two-year-old female mongrel, named Serenity by animal rescue officials, was discovered in a ditch on the side of a rural road near Chatham, Ontario a week ago.

It was -3 degrees Celsius (26.6 Farenheit) and dark outside, and the dog was covered in a dusting of snow.

When the passerby stopped to help the dog, she was surprised to find 5 tiny black kittens “snuggling with her,” Myriam Armstrong, a spokeswoman for the Pet and Wildlife Rescue, told AFP.

The unlikely companions were brought to the agency for care – and their heartfelt story of survival and cross-species nurturing has been widely shared on social media.

More than 30 people from across the continent have asked about adopting them.

“The kittens wouldn’t have survived the cold Canadian winter without this dog’s help,” Armstrong said.

It’s not clear how or what brought the dog and the now five-week old kittens together.

But Armstrong said their bond continued at the shelter, describing how Serenity doted on the kittens.

Many people have proposed finding them a home for the animals together, if possible.

Armstrong said they will be ready to be adopted several weeks apart, however.

Serenity will be ready next week after being spayed, but the kittens need another few weeks to fatten up and finish treatments for fleas and parasites.

An Instagram post purportedly written by Serenity says she is young and energetic, needs some house training, but is “obviously great with cats and would have no problem going to a home that has cats in it.” – Rappler.com