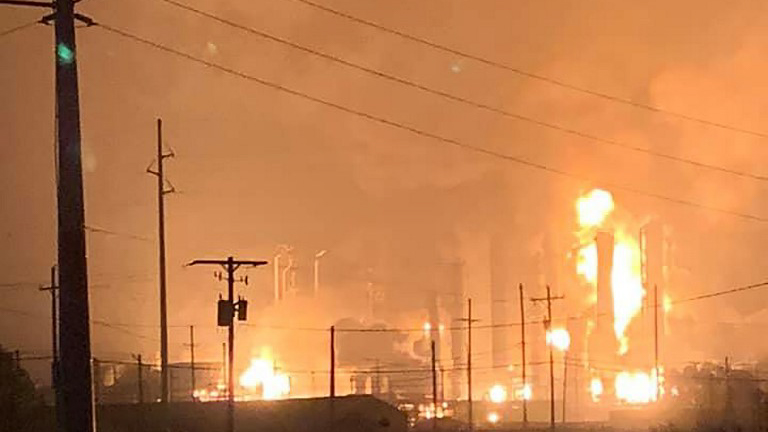 WASHINGTON, DC, USA (UPDATED) – Three people were injured in an explosion at a chemical plant in Texas on Wednesday, November 27, which sent a huge fireball into the sky and triggered a mandatory evacuation, officials and witnesses said.

Dramatic video and photos shared on social media showed a large fire at the TPC Group facility in Port Neches, near Houston, with one resident describing waking up to a huge boom.

“We woke up to glass all over us and parts of the ceiling caved in, doors blown in,” said Ryan Mathewson, who lives roughly two minutes from the plant.

The 25-year-old told AFP he and his family were “shook up and scared” following the explosion.

TPC said two plant employees and a contractor were injured.

County Judge Jeff Branick told KFDM News that one person suffered burns, one had a broken wrist and another a broken leg. He called it “a miracle” that there were no fatalities.

The local Nederland Volunteer Fire Department said a mandatory evacuation had been ordered for everyone living within a 1/2 mile radius of the plant.

The TPC Group said the explosion happened in what it said was a “processing unit” at around 1:00 am local time (0700 GMT).

“TPC Group has activated its Emergency Response Plan and requested assistance from Port Neches Fire Department and Huntsman,” it said in a statement.

“The event is ongoing, but will be brought under control as quickly and safely as possible.

“At this time, personnel at the site have been evacuated. We have accounted for all site personnel and three personnel have sustained injuries and are being treated.

The Port Neches plant is around 85 miles (135 kilometers) from Houston.

More than 200 people work at the facility, according to TPC Group’s company website.

The facility produces butadiene, a flammable gas used in the production of synthetic rubber, and other petrochemicals such as butane.

A shelter for those forced from their homes has been opened at a church in Nederland, local media said. – Rappler.com