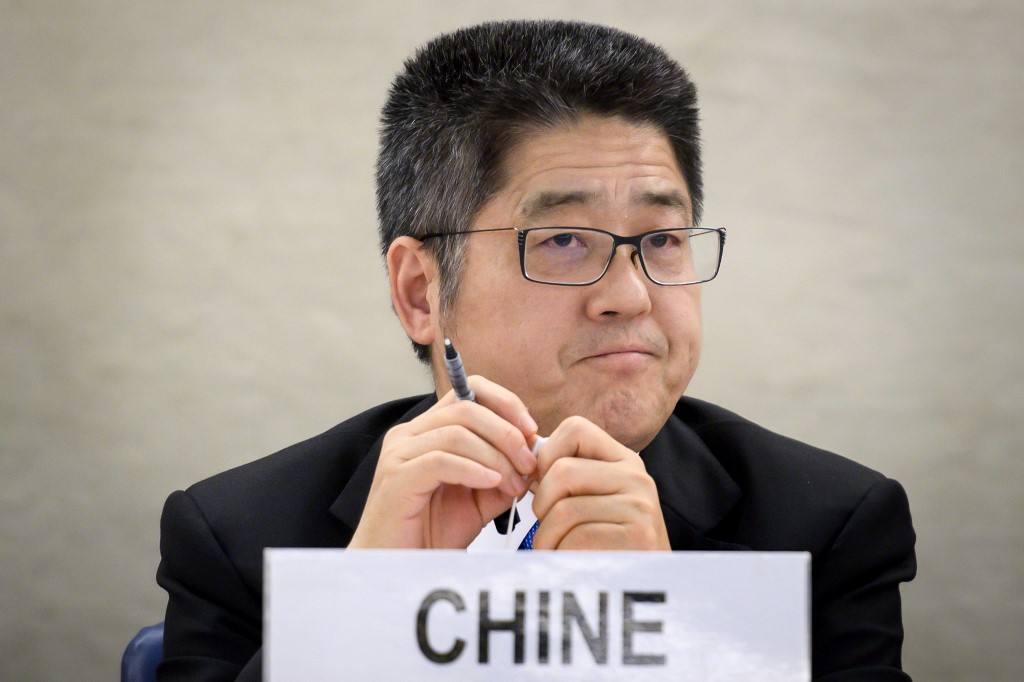 The passage of the bill comes as the world’s two biggest economies are locked in negotiations to finalize a partial deal to soothe their trade war.

“Le stressed that China strongly urges the US side to correct mistakes and change course,” the foreign ministry said in a statement.

Le also urged the United States to “refrain from putting the bill into practice, and immediately stop interfering in Hong Kong affairs and China’s internal affairs, so as to avoid further damage to China-US relations and bilateral cooperation in important areas”.

The Hong Kong Human Rights and Democracy Act requires the US president to annually review the city’s favourable trade status and threatens to revoke it if the semi-autonomous territory’s freedoms are quashed.

In a statement about Branstad’s meeting with Le, a US embassy spokesman said: “The United States believes that Hong Kong’s autonomy, its adherence to the rule of law, and its commitment to protecting civil liberties are key to preserving its special status under US law.”

The Chinese Communist Party must honor “its promises to the Hong Kong people, who only want the freedoms and liberties” afforded to them under the 1997 handover agreement between China and former colonial power Britain, the statement said.

In an earlier statement Thursday the Chinese foreign ministry threatened unspecified countermeasures over the US bill. – Rappler.com