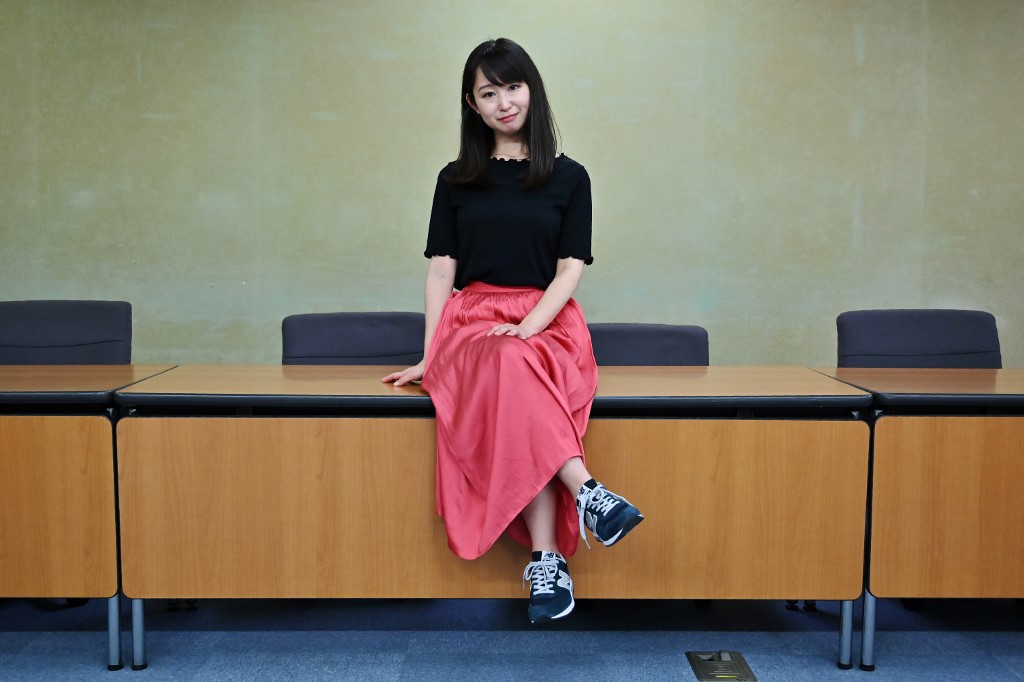 TOKYO, Japan – A Japanese woman whose campaign against mandatory high heels in the workplace won broad public support has stepped up her fight against strict corporate dress codes – including a de-facto ban on women wearing glasses.

Actress and freelance writer Yumi Ishikawa shot to prominence this year with her drive against Japanese office culture, in which high heels are seen as near-obligatory when job-hunting or working in the office.

Known by the slogan “#KuToo” – a play on words from the Japanese word “kutsu”, meaning shoes, and “kutsuu”, meaning “pain” – the campaign was chosen on Monday as one of the buzzwords of the year.

Ishikawa’s latest petition to relax the rules, delivered to the labor ministry on Tuesday, has attracted more than 31,000 signatures.

“The root cause of the problem is that (there are companies) that have rules for women only – such as a ban on wearing glasses or a requirement to wear make-up,” the 32-year-old told reporters.

“This practice has to be reviewed,” she added.

Campaigners had already submitted a petition to the government in June which called for legislation to declare the obligatory wearing of high heels as harassment.

But Ishikawa said progress had been lukewarm and she was “shocked to see there was no mention of high heels” in the government’s draft rules published in October.

An official who received the petition said the labor ministry would “consider the petition as one of the opinions” before making a final decision on new government rules to counter harassment in workplace.

One 28-year-old woman contacted by AFP, who asked to remain anonymous, said glasses were banned at her workplace because they give a “cold facial expression”.

“I’ve been wearing glasses for more than a decade because I suffer from dry eye syndrome. I feel uncomfortable wearing contact lenses and am worried that my eye disease may get worse,” said the receptionist.

An official at a major employment agency told AFP that come companies asked receptionists to “refrain from wearing glasses” as part of dress codes that also included a ban on dyed hair or unmanicured nails.

Campaigners have said high heels are akin to modern foot-binding while others have urged other dress codes, such as the near-total donning of business suits for men, to be loosened in the Japanese workplace. – Rappler.com