Dec 4, 2019 10:07 PM PHT
Agence France-Presse
Facebook Twitter Copy URL
Copied
The Patriarch, a 73-year-old monk who has led the Church for a decade, says the bill targeting domestic violence is an attempt to 'legalise outside forces interfering in family life,' which he called a 'sacred space' 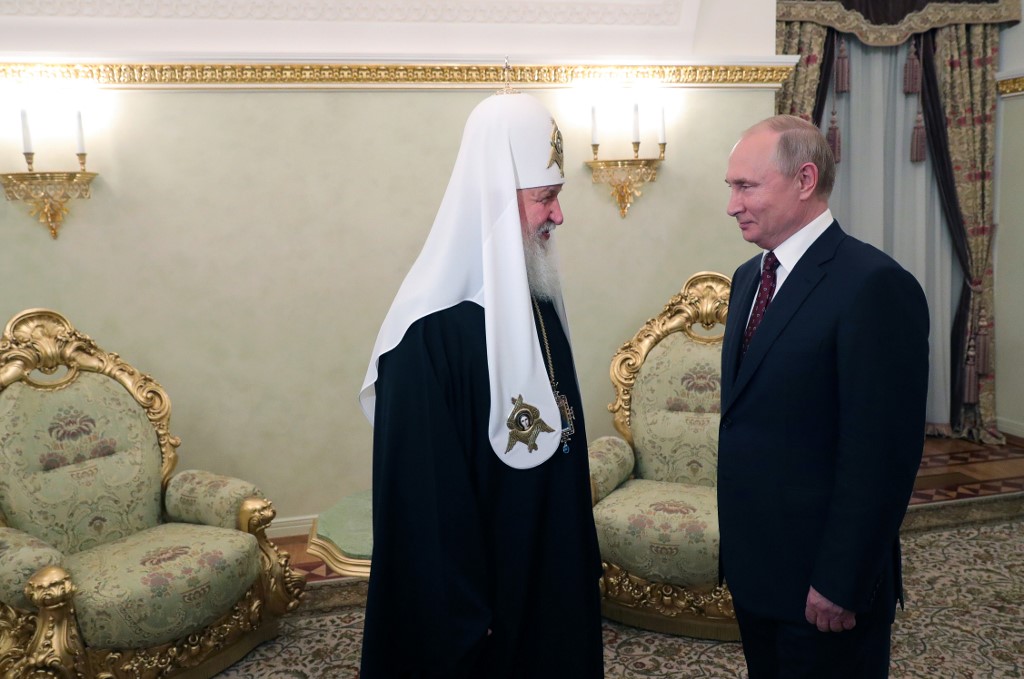 MOSCOW, Russia – The head of the Russian Orthodox Church on Wednesday, December 4, criticised a proposed new law targeting domestic violence, warning lawmakers it was “dangerous” to interfere in family life.

The bill would offer a legal definition of domestic violence for the first time and introduce restraining orders against offenders.

Patriarch Kirill said after holding a service in a Kremlin cathedral that “of course you cannot allow any violence in the family, but there is something dangerous in the trends forming today, including in the legislative sphere,” Interfax news agency reported.

Their view faces opposition from Orthodox believers, who are against state interference in family life, and conservatives who see it as a manifestation of Western influence.

The Patriarch, a 73-year-old monk who has led the Church for a decade, said the bill was an attempt to “legalise outside forces interfering in family life,” which he called a “sacred space.”

“You need to treat such interference by strangers in family life with very great caution,” he warned.

While the Church has sought close ties with Russia’s rulers and President Vladimir Putin is regularly shown attending services, it has also fought to preserve its influence over hearts and minds after decades of Soviet repression.

One of those attending Wednesday’s service was a senior Communist lawmaker in Russia’s lower house of parliament, the Moscow Church said.

The Russian Prosecutor-General’s Office has praised the bill as necessary while rights activists have urged its passing but said that, in its current form, it does not go far enough to tackle the problem.

The Patriarch spoke a day after the Patriarchy’s commission on the family, protecting motherhood and children issued a lengthy attack on the bill, which was drawn up by ruling party lawmakers and has been made public.

In its Tuesday declaration, it said the bill is “incompatible with traditional Russian spiritual and moral values.”

It warned that under the bill’s terms, “practically any normal human action can be recognised as ‘domestic violence’,” and this could lead to children being “arbitrarily” removed from families.

The bill is being supported by those who follow “LGBT ideology (and) feminism,” the commission found, as well as organisations with “foreign funding.”

The same Church commission publicly supported Russia’s decriminalization of most forms of domestic violence in 2018. – Rappler.com