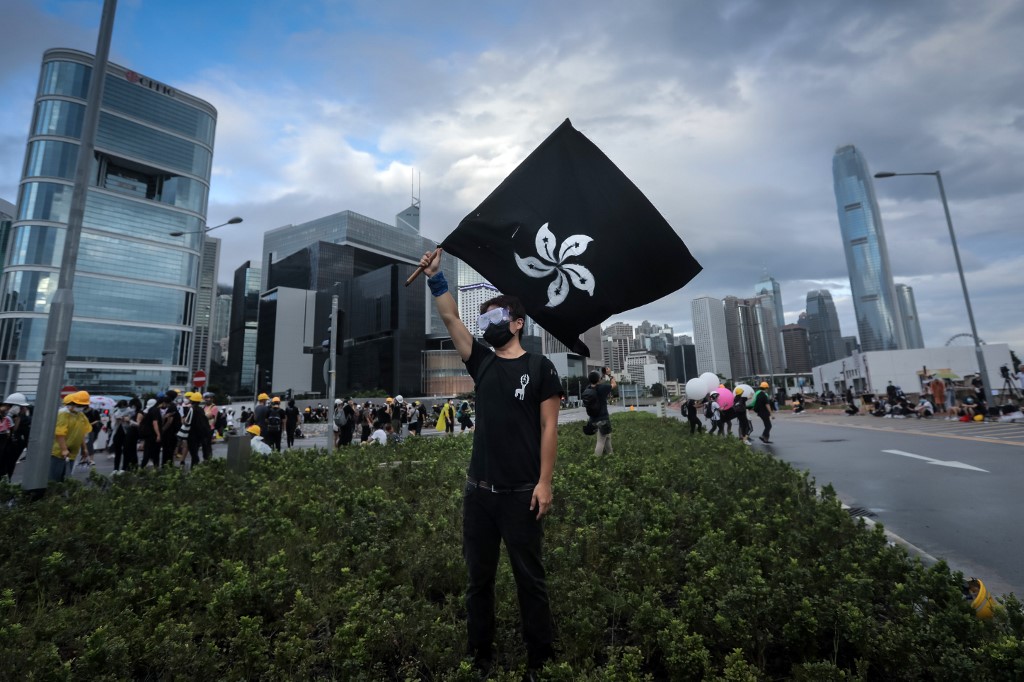 HONG KONG, China – Some of them have lost their jobs, suffered life-changing injuries and even fled overseas. But 6 months into Hong Kong’s demonstrations, pro-democracy protesters say they aren’t backing down.

The unprecedented movement was born on June 9, when an estimated million people took to the streets to protest a proposed bill allowing extradition to mainland China.

With Beijing taking a hard line, it has since broadened into a call to halt authoritarian China’s attempts to erode freedoms in the city.

Six months on, the Beijing-backed government has offered few concessions and protests have turned increasingly violent, exacting a heavy toll.

Raymond Yeung, a liberal studies teacher at the elite Diocesan Girls’ School, joined the movement early and was there on June 12 when a massive protest descended into violence.

Protesters broke into the forecourt of the city’s legislative building, throwing objects including metal bars at police.

Officers responded with rubber bullets, bean bag rounds and tear gas against their aggressors, but then turned their weapons on the huge, peaceful crowds outside the complex, igniting anger that has fuelled the protests for months.

Yeung was hit in the face – to this day he’s not sure if it was a rubber bullet or bean bag round – and his glasses shattered into his eyes.

He was left with a serious injury to his right eye that means he now has just 30% vision. He was also arrested for rioting, though he was later released.

Six months on, he has no regrets.

“There’s not a day that passes when I don’t think about how I can contribute more to the cause,” he told AFP.

“Money and material enjoyment are important, but no longer that important.” 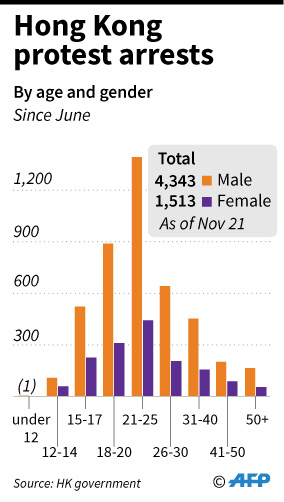 ‘I don’t smile much now’

Ryan, a 19-year-old student, feels the same way and has abandoned the football matches and video games that he once enjoyed with friends.

He barely recognizes his life, or his personality, 6 months into the protests.

“Before this movement, many would say I’m a cheerful and optimistic person, but now some say I’ve become more pessimistic,” he told AFP.

“I don’t smile much now. Every time I think of fellow protesters being beaten up by the cops, being arrested and not having been released yet, I just can’t bring myself to smile.”

His involvement in the protests has caused a rift with his father, a government supporter, and he worries the movement is foundering.

“I feel very helpless,” he said.

“I really don’t know what will happen. It’s like wading across a river by feeling out the stones.”

For some, participating in protests has transformed their lives completely, effectively forcing them into exile.

Simon Cheng, a former trade officer at the British consulate general in Hong Kong, now lives in London after being detained by mainland Chinese authorities for 15 days.

He was accused of soliciting prostitutes, but says the allegations were politically motivated and that he was tortured during questioning about his support for Hong Kong protesters.

“I am in exile and probably never could (go) back to Hong Kong,” he told AFP in a message on Telegram.

But he said he had few regrets about participating in the protests.

“I finally can be truly myself, speaking and working for what I really want to do for my life – an activist for democracy and freedom.”

Former flight attendant Rebecca Sy lost her job in the protests, after Beijing pressured Hong Kong airlines to punish staff who expressed support for the movement.

In August, she tearfully told media she was fired by Cathay Dragon after management confronted her with Facebook posts discussing the political crisis.

But reflecting on the half-year of protests, she remains positive.

“Hong Kong people have never been so connected before,” she said, describing people approaching her in the street to offer their support.

“We have been making history every day since June, and the Chinese government might think our energy will be drained and the whole thing will be ‘settled’, but they underestimate how tough Hong Kong people are.” – Rappler.com